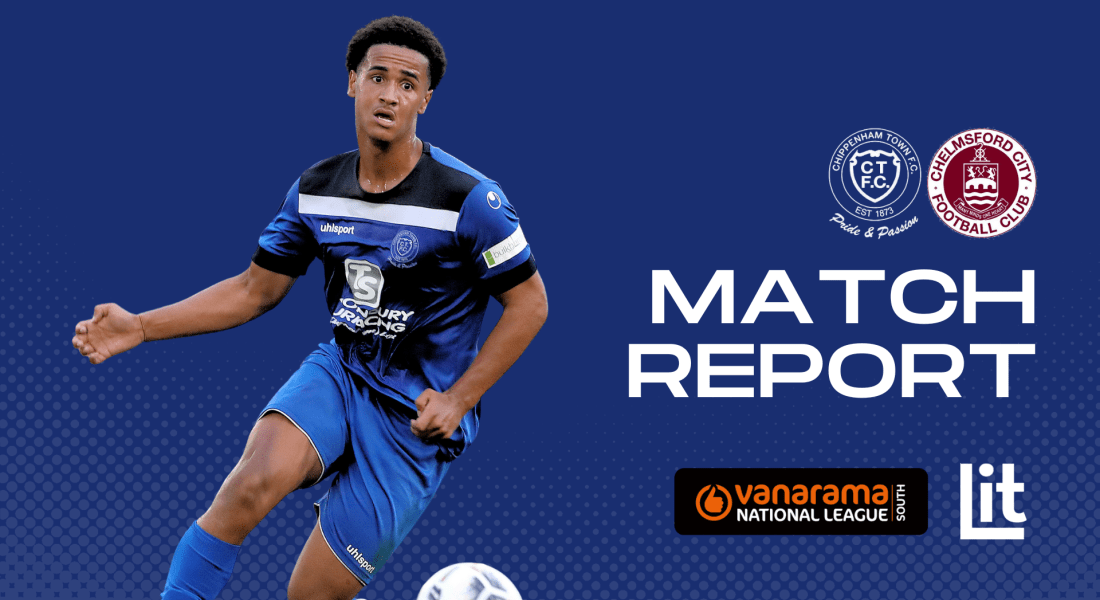 This match was re-arranged after the injury to Pablo Martinez and the Chippenham crowd gave the Essex side a warm round of applause for their response to the incident.

The Bluebirds were involved in a successive goalless draw in this entertaining encounter, although including the end of last season play- offs they have now failed to find the back of the net in open play in over 500 minutes of football.

Chippenham were the first to show on four minutes when on-loan Bristol City youngster Seb Houlden-Palmer saw his shot deflect off Clarets skipper Dave Windfield and Ovie Ejeheri was able to make a comfortable save.

A minute later the Essex side’s Henry Ochieng made room for himself and he brought a fine save from Will Henry.

On the quarter hour mark Luke Russe’s effort was turned behind and from the resulting corner Joe Hanks shot over.

Midway through the half Henry again did well to deny Devonte Aransibia.

At the other end Mat Jones fired over from a free kick. Houlden-Palmer then won the ball in the area but his shot on the turn was blocked.

The same player then went on a good run but his low ball into the area was grabbed by Ejeheri in front of Joe Parker.

Before the break Lodovica’s effort was deflected behind.

The second half started with a trio of fruitless corners for the visitors.

A minute later Will King’s corner hit Will Richards and the ball fell to Houlden-Palmer in the six yard box but he shot over.

At the other end a Clarets chance saw Adebola Oluwo spoon over.

Cameron James then shot over from a Chelmsford free-kick.

A quarter of an hour from time Young’s shot deflected into the keeper’s arms.

In stoppage time Chippenham had two chances as substitute Noah Coppin could not hit the target and Richards headed over at a corner.