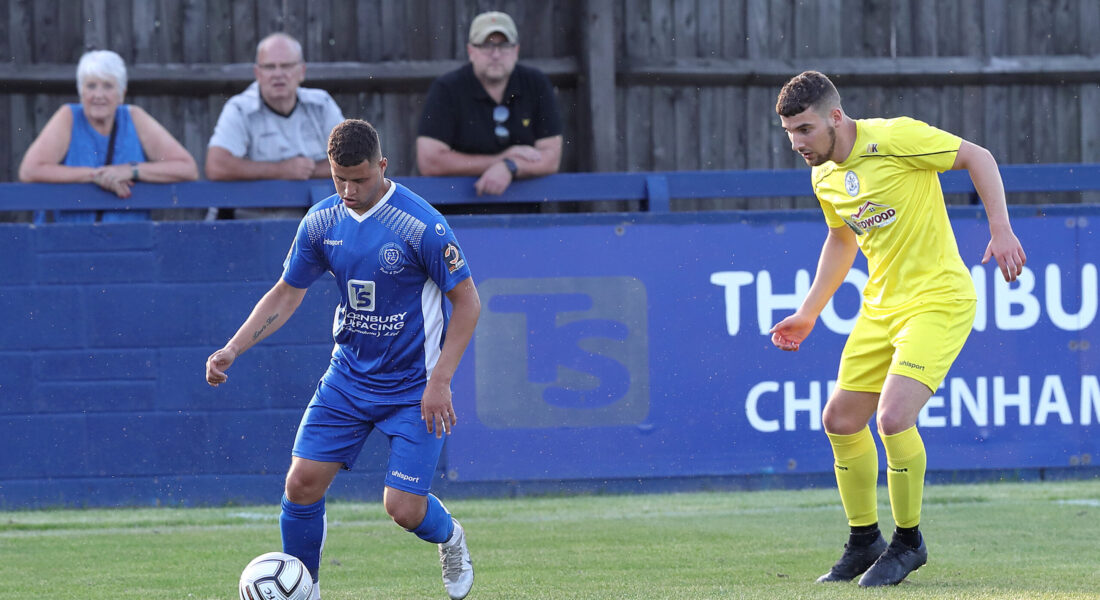 The Bluebirds first pre-season game saw the side disrupted by covid but a side containing several trialists and academy players was still too strong for their Southern League visitors.

Manager Mike Cook would have been very pleased to see new signings Alefe Santos and Dan Griffiths get on the score sheet along with skipper Kieran Parselle.

The first half was goalless with chances falling to Santos, Griffiths and a trialist with the best falling midway through the half when a trialist went one on one with visiting keeper Harley Wilkinson who came out on top.

A minute after the break Santos’s free kick deflected off the wall for a fruitless corner.

The new signing opened the scoring shortly afterwards when he picked the ball up just inside the Clevedon half and strode forward before thumping home a swerving shot.

The Bluebirds doubled their lead from the penalty spot,after Griffiths had been brought down in the box. Griffiths’ spot kick was saved but he followed up to control the rebound before firing home.

Parselle then rounded off the scoring as he hit home a low shot after the Clevedon defence had blocked a shot.