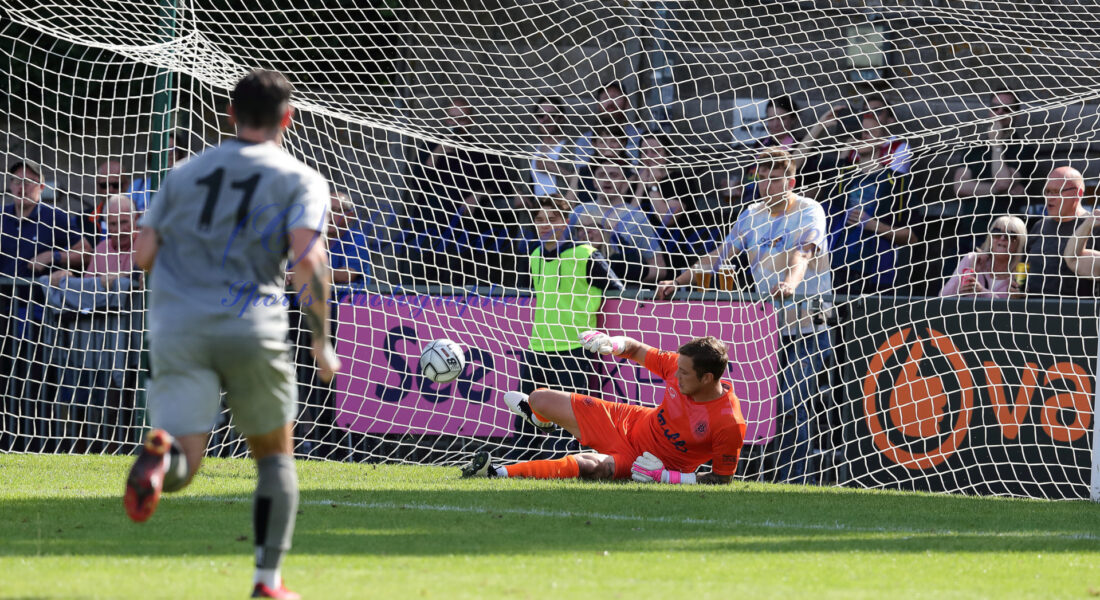 For the fourth season in a row the Bluebirds had to travel for their opening league fixture and after falling behind to a first half goal they fought back well to earn a very credible draw in East London courtesy of a Marlon Jackson penalty.

The opening play was very even as Chippenham forced several corners whilst Will Henry made a smart twelfth minute save from Giovanni McGregor. Dulwich took the lead on thirty four minutes when Darren McQueen, on-loan from Dagenham and Redbridge, crossed from the left to the far post for Danny Mills to head home.

On fifty one minutes Adam Mann saw his shot saved by Charlie Grainger. Ten minutes into the second half a Bluebird corner saw skipper Kieran Parselle fouled by Tyrone Sterling and Jackson converted the resultant penalty giving Grainger in the Hamlet goal no chance. Just after the hour a strong run from James Dayton saw his cross end up with McQueen whose shot was blocked.