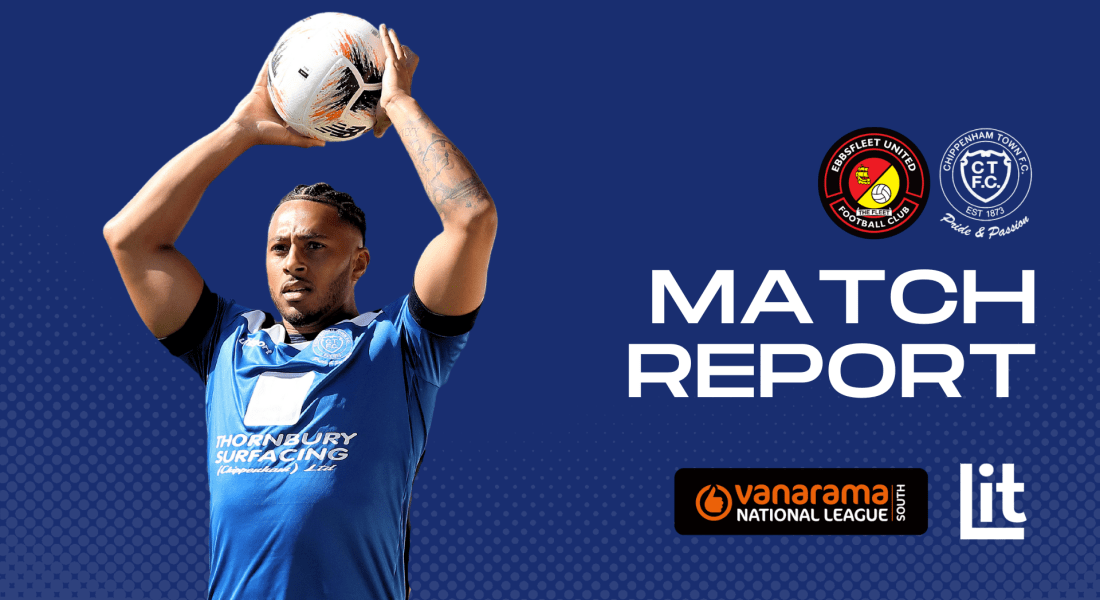 The Bluebirds returned to the Kuflink Stadium, home of Ebbsfleet United, where ironically, they played their last match of the 2021-2022 season where they lost in the semi-final of the National South play-offs.

The Bluebirds returned to the Kuflink Stadium, home of Ebbsfleet United,where ironically, they played their last match of the 2021-2022 season where they lost in the semi-final of the National South play-offs.

This time the pre-season favourites comfortably won 3-0 although Matt Jones’ first half dismissal always meant this was going to be a backs to the wall effort for the Wiltshire side.

The Fleet were the first to show on three minutes when Bluebirds skipper Spencer Hamilton cleared off the line from Rakish Bingham after Dominic Poleon had rounded Will Henry but failed to find the back of the net.

On fourteen minutes Greg Cundle’s shot went straight to Henry a minute later at the other end Noah Coppin was narrowly off target with his effort.

Midway through the half Luke Russe found Coppin who shot over the bar whilst Alfie Santos shot straight at Mark Cousins and Fleet’s Omari Sterling-James was wide with his effort.

Ebbsfleet took the lead on the half hour when a fine run by Craig Tanner saw him impeded but play was allowed to continue as the ball fell to Cundle who slotted past Henry.

Four minutes later Tanner went one on one against Henry with the Bluebirds keeper coming out on top.

A further two minutes saw Poleon also go one on one but he shot wide.

On thirty eight minutes Jones was red-carded for pulling Omari Sterling-James’s shirt just outside of the area.

The resulting free kick from Luke O’Neill was palmed away by Henry. Before the break the Bluebirds re-shuffled; taking off striker Joe Parker for debutant defender Aaron Simpson.

Seven minutes after the interval Tanner’s shot was deflected behind for a fruitless corner.

On fifty eight minutes Tanner’s free kick cleared the bar. Midway through the half Ebbsfleet doubled their lead as Henry saved from Poleon but substitute Toby Edser netted the loose ball.

On sixty eight minutes substitute Seb Palmer-Houlden, on-loan from Bristol City was just off target with his shot.

A quarter of an hour from time a Santos corner saw Joe Hanks’ shot blocked.

Stirling-James then saw his low shot turned behind by Henry. Henry again did well to thwart Christian N’Guessan again at the expense of a corner.

On eighty two minutes Poleon missed a good chance for the hosts when he fired wide from twelve yards with only Henry to beat.

Ebbsfleet hit their third through substitute Darren McQueen seven minutes from time despite their appearing to be an Ebbsfleet foul in the build-up.