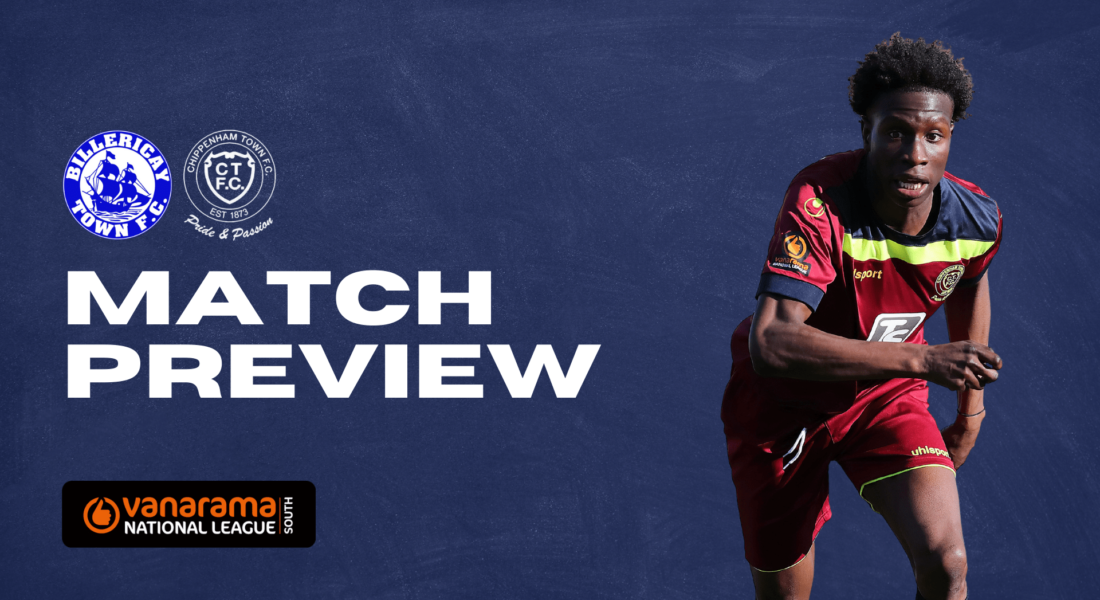 The #Bluebirds are back in league action following a weekend off, as they make the trip to Essex to take on Billericay Town at the New Lodge.

Chippenham will be looking to bounce back from their last game when they fell to a 2-0 defeat to Tonbridge Angels, with goals from Tommy Wood and Adam Coombes snatching all three points for the hosts, and moving the #Bluebirds down to 10th place, as Chippenham have been looking to further strengthen their play-off chances. Mike Cook said in his Post-Match interview, “They bullied us, they ran around and won their tackles, we didn’t have any answers for it”.

The game had plenty of talking points, and none more than in the first half, when Chippenham played the offside trap following a free kick for Tonbridge, and the hosts opened the scoring followed by protests from the defenders towards the Match Officials for their decision making, judging by the video footage, it was a close call but nevertheless a moment which was talked about during and after the game.

And to further add on later in the half, the match developed into some unfortunate circumstances when Callum Gunner suffered a nasty leg injury following a late challenge on the ball, and had to be stretchered off the pitch in some distress, being eventually replaced with Ola Lawal. Everyone at Chippenham Town Football Club would like to wish Callum Gunner a speedy recovery, and we hope to see him back playing football in the not too distant future. The hosts made it a second just after a second half as Adam Coombes shot on goal with a low-driven effort past Will Henry.

Billericay Town come into this game of the back of some impress recent results, they glided through March with an impressive three wins on the bounce against Hungerford Town, St Albans City and Oxford City respectively, their last match finished in a 2-2 draw with Havant & Waterlooville. Manager Jody Brown will be delighted with his side, who have seemly bounced back from the relegation drop following a torrid time hanging around there, he will sure to be able to give the #Bluebirds a good game. Players such as Dylan Gavin, who is currently on-loan from Charlton Athletic, has scored 6 goals in 6 games during his loan spell with Billericay, so he will be one player to surely keep an eye out for tomorrow. Both sides met in the National League South earlier in the season at #TheTSStadium with Chippenham Town running out 3-0 winners back in November 2021, with goals from Kieran Parselle, Dan Griffiths and former loan player who is definitely succeeding at his parent club at the moment, Ricky Aguiar.

Tomorrow is certainly going to a big game for both sides and we hope to see you all there at New Lodge, getting behind the lads. If you are not able to make the game tomorrow, we will be providing Official Match Day commentary on our Mixlr account with Jamie Oleszynski and Simon Lawrence providing you all the latest updates throughout the game. If you are planning to attend, then please click here for all the latest information ahead of the game via our Online Match Info service.

COME ON YOU BLUEBIRDS! #BlueArmy 💙