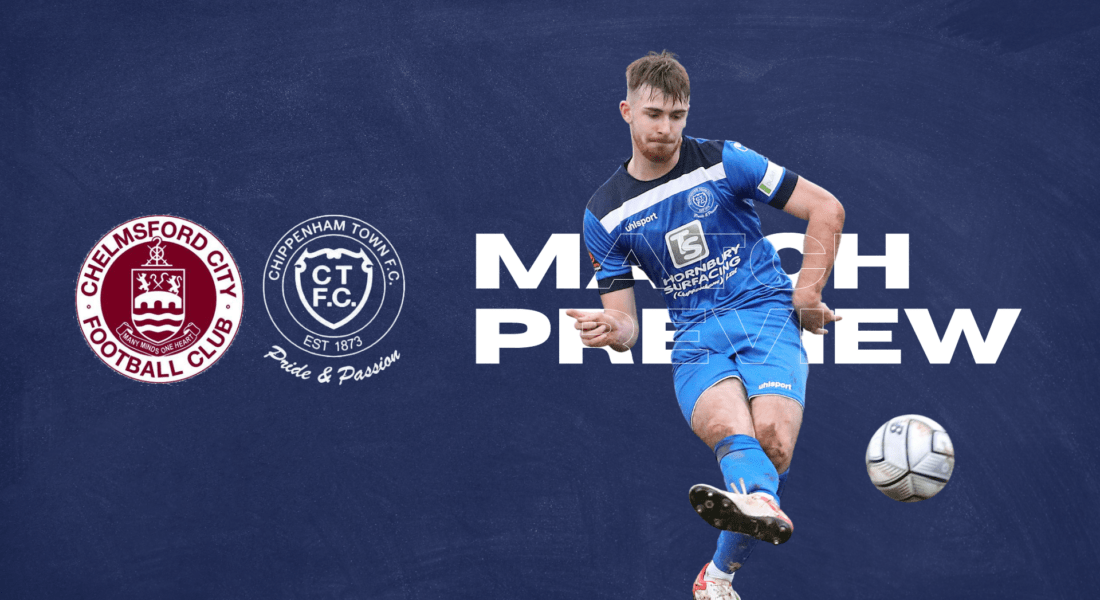 Continuing the trend of Chippenham Town being impossible to predict, the Bluebirds head to Essex this weekend full of beans after a brilliant 3-1 win against St Albans in not only one of the best results of the league campaign but certainly one of the best performances to boot!

The game started as many expected with St Albans showing their attacking prowess which has led the Saints to the cusp of the playoffs despite being miles behind in terms of games played. However, Chippenham’s sturdy and experienced defence looked more than capable and with spaces on the pitch opened from the attacks, it was Chippenham who struck first when Alefe Santos capitalised on a challenge and sprung past the offside trap to slot home and put Chippenham into a 1-0 lead.

Chippenham doubled their advantage after some fantastic work from Ola Lawal saw him beat 3 or 4 yellow shirts before poking the ball through the back line into the path of a grateful Jordan Young who finished the move with a calm finish to send the Bluebirds into the break happy. Alefe Santos then gave everyone another “I was there” moment.

The impressive Harrison Minturn delivered a ball into the box, which broke as far as the head of Russe who nodded to the “Wiltshire Pele” some 25-30 yards from goal (And yes that distance does get further every time I tell the story).

A quick touch from Alefe before lashing the ball on the half volley towards the top corner of the St Albans goal with a nonchalance and arrogance of a man truly in form to add to his own personal goal of the season competition.

The visitors did get one back after Will Henry spilled at the feet of the League’s top marksman, Shaun Jeffers, but it was nothing more than scant consolation for the Saints and they headed back to Clarence Park empty handed leaving the Bluebirds of Chippenham soaring back up to the playoff spots.

We continue our Vanarama National League South campaign this weekend with a trip to the 3000 capacity Melbourne Stadium, home of Robbie Simpson and his Chelmsford City FC side.

The Clarets are currently having a poor season by their high standard and find themselves at time of writing sitting 17th a whole 11 points behind Chippenham who currently occupy the 7th playoff spot. Chelmsford will by no means be written off by Mike Cook and his staff who will be fully aware of the threat their Essex counterparts can pose in with Simeon Jackson in particular a huge threat. The former Premier League striker has 10 goals in the National League South this year and has been lethal in front of goal in a glittering career that has seen him make 506 appearances with the majority of those coming in the Premier League, the EFL and notably the Bundesliga. As the well-travelled striker approaches the twilight of his career with the Clarets, he will certainly be the one to watch out for on the day.

The last meeting between the two sides occurred in Game week 6 of the current season. With Chelmsford coming out on top at the TSS with two early goals from Charlie Sheringham (Son of Manchester United legend, Teddy Sheringham) and a well worked goal from Simeon Jackson after a flowing move found the striker able to tap in at the back post with a solid finish. Goals from Joe Hanks and Harry Warwick nearly gave the Bluebirds a share of the spoils, but the Clarets took home all three points.
With both Dartford and Dulwich facing potentially tricky away days, a win for Mike Cook and his men could see Chippenham ascend to 5th in the League should results go in our favour so plenty on the line and plenty to play for at the Melbourne Stadium this Saturday! Should be looking to make the trip tickets are available online, please travel safe and we look forward to seeing you at the ground.

Should you be unable to make the trip to Essex, CTFC are unfortunately unable to provide match commentary on the radio due to a staff shortage through illness. However, Chelmsford will be providing their own radio service free of charge so please head on over there and catch up with live updates from the Melbourne Stadium, mixlr.com/radioclarets

The games between these two sides always tend to throw up plenty of goals, plenty of action and plenty of surprises so will surely be another cracker between the Bluebirds and the Clarets. With a large amount of home fixtures on the horizon, the lads could truly use your support up in Essex and would be amazing to see as many of you Bluebirds behind the goal as possible sucking the ball in as we continue our charge towards the National League South Playoffs 😉