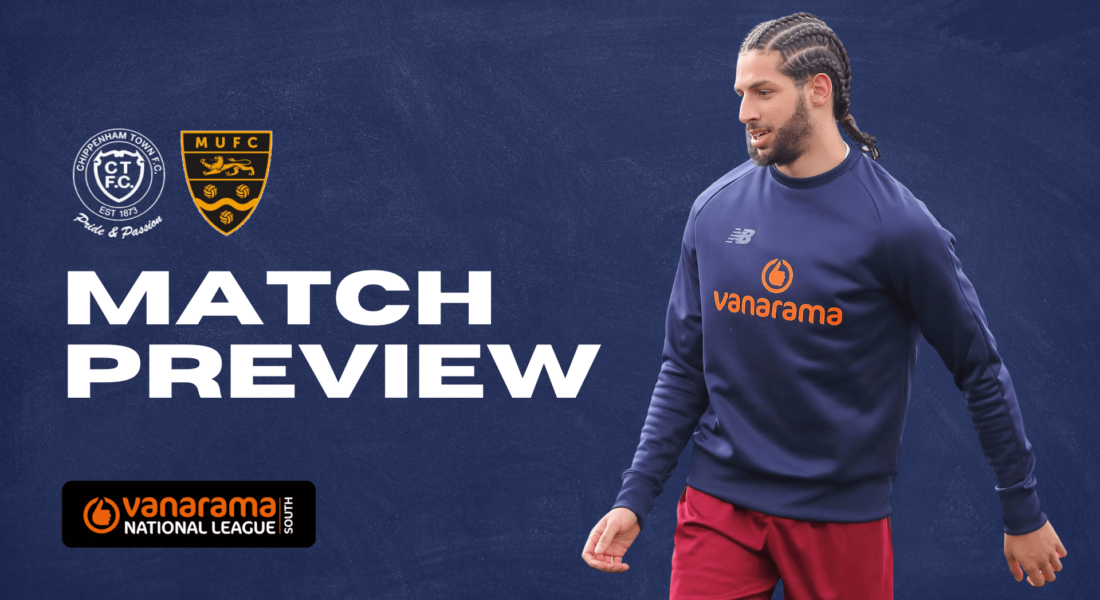 A big game is in-store for the #Bluebirds this forthcoming Saturday, as we welcome all the Players, Officials and Supporters of table toppers Maidstone United at the time of writing in Match Day 36 of the 2021/22 National League South.

Both sides come into this game of the back of recent wins against Billericay Town and Havant & Waterlooville respectively, Chippenham sealed the three points on the road against Ricay with a thrilling 1-0 victory away from home, in a game which saw plenty of drama and controversy, with the majority of this coming in the second half of the game.

Mo Dabre finally got his name on the scoresheet as he poked home just after the restart with a nice driven effort to get it past Zaki Oualah in between the sticks, The #Bluebirds did well throughout the game to potentially get plenty of chances on goal, with most notably Luke Russe having a few chances of his own to try and get some goals for this tally. The second half of the game saw plenty of action other than our only goal of the game, as Will Henry was booked with minutes to go for apparent time-wasting after appearing to be blocked from taking the goal-kick by Femi Akinwande. The referee dishes out the yellow card and then proceeds to award an in-direct free kick for the hosts, just outside the penalty box.

Will Henry showing his frustration towards the referee’s decision, then throws the ball on the floor behind him, which causes him to be given a second yellow for his troubles and being sent off the pitch. Academy keeper Bailey Leach is then subbed onto the pitch in place for Zaid Al-Hussaini and the 17 year old keeper, immeditely springs into action to make a great save to deny Greg Halford a last-minute goal and seal the three points on the road to maintain Chippenham’s play-off ambitions.

Our hosts Maidstone, have been high-flying in the past few games, as they most recently cruised to thrash Havant & Waterlooville 4-0 at The Gallagher Stadium with goals from Joan Luque and a hat-trick from in-form midfielder Jack Barham, as they will be looking to clinch the National League South title and make their return back up to the Premier after a few years away. Both sides met back at The Gallagher back in November 2021 in which Maidstone clinched a 1-0 victory against the Bluebirds via Joan Luque’s penalty as he steps up and slots it past Henry in goal, following an earlier handball by Spencer Hamilton in the box.

Maidstone will have plenty of attacking players on their hands and Manager Hakan Hayrettin who has taken charge of the side since 2020 will be looking to unleash against the #Bluebirds. Most notably Joan Luque who is the current top scorer with 21 goals in all competitions this season for the Stones and Jack Barham who has 15 goals and 3 hat-tricks to his name. Also be wary of Jerome Binnon-Williams who plays as a Left back, he is mostly known for his ball control and presence on the pitch to be able to get past players with ease.

Chippenham will be without several of their familiar faces for this Saturday, as Jordan Young will be out following his injury sustained at Billericay Town last weekend, along with Will Richards who is starting to regain full fitness after a few weeks on the sidelines, Joe Hanks picked up a few knocks last weekend, notably being fouled before Mo Dabre scored the only the goal of the game, so we’re hopeful to see him included in Mike Cook’s selection.

Even with the players currently missing, Mike can look to the latest loan signings to try and spark some energy into the side. Tom Mehew and Zaid Al-Hussaini made their debuts last week, and both had a good game so you may see their names included on the teamsheet and also Callum Winchcombe and Levi Francis, who were on the bench for last week’s clash.