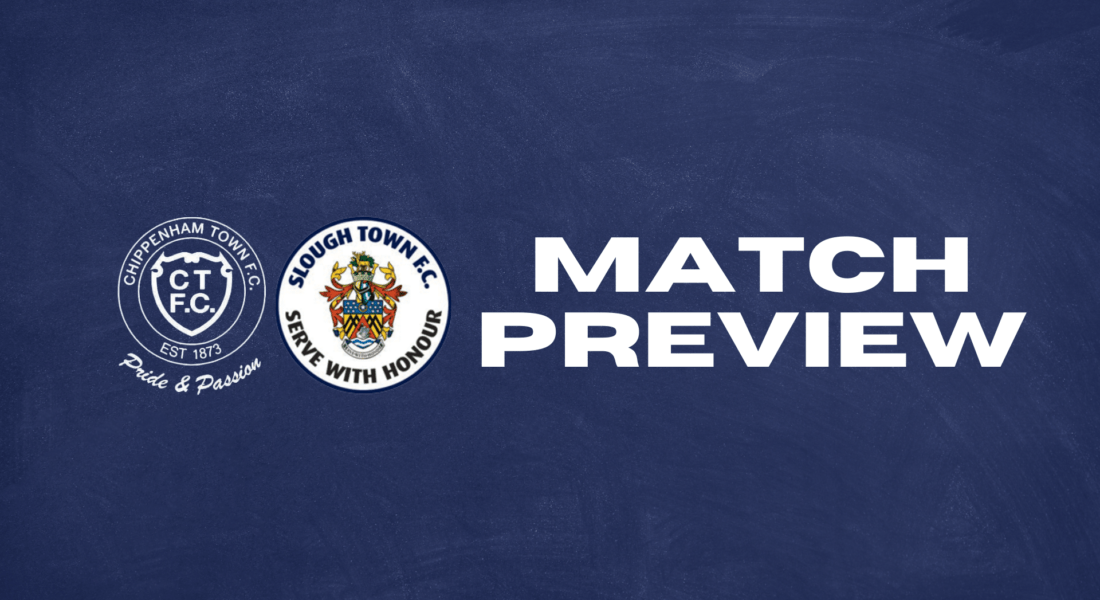 The Bluebirds are finally back on home turf, in what is our first game of 2022, and today, we host Slough Town FC in Match Day 21 of the 2021/22 National League South season.

Chippenham will be looking to be getting back to winning ways, following the 2-0 defeat, at the hands to Bath City in Part 2 of the A4 Derby, which incorporated 2,261 people into Twerton Park, Alex Fletcher capitalising to give the Romans the victory following an earlier Will Richards own goal, but with less than a week’s break, the Bluebirds will be raring to go and will be looking to grab three points against a Slough Town side who currently sit in 11th place.

The Rebels will be no strangers to Chippenham, with the two sides engaging in plenty of encounters over the years, not just in the National League South, but also the Southern Premier Division. Many supporters will recall the most memorable matches, when the two sides faced each other in a 2-part Emirates FA Cup encounter, starting off with a 3-3 draw at #TheTSStadium, with Kieran Parselle scoring with a header, and Jay Foulston who was on loan from Newport County at the time, scored one of the best Free-kick goals I think we’ve ever seen.

It was that good, it was featured plenty of times on the Emirates FA Cup Social Media channels. Chippenham managed to progress into the next round following a thrilling 3-2 win at their place, and that started the ultimate run for the Bluebirds, beating Whyteleafe and facing Northampton Town in the 1st Round.

Chippenham have strengthened with two new additions to the First Team squad with Jordan Young and Harrison Minturn both joining the Bluebirds on a loan move. The pair who are both midfielders originally started their careers at Swindon Town in the late 2010’s, moving through the Youth Academy and into the 1st team setup, before Jordan moved to Gloucester City most recently after signing a One-Year deal with Coventry City a few years back, we welcome both players to the squad and we hope they both enjoy their time with us!

Slough Town are currently midway through their 4th National League South, after getting promoted from the 2017/18 Southern League season. The 2017–18 season was one of their best for many years. In December they reached the second round of the FA Cup against Rochdale at home. The game was televised by BT Sport and Slough lost 4–0. With records broken for points attained and goals scored they went on to finish 3rd in the league. Slough were in play off action again. After a home 3–1 win against Kettering Town they played away to King’s Lynn Town in the final. By virtue of an 89th-minute winner from Manny Williams, they won 2-1 and thus secured promotion to the National League South for the forthcoming season.

Neil Baker and Jon Underwood currently manage the Rebels, and have done as a collective since 2013, having moved together from Godalming Town after guiding the ‘Gs’ to a third placed finish in the Southern League Division One Central.

Players to watch out for will obviously be Freddie Grant, the 25 year old has spent this season with the side, after joining from our local rivals Bath City, the left back has been absolutely clinical to both sides. Another will be Alfonso Tenconi, the 18 year old has scored 5 goals so far this season since breaking into the First Team setup.

We look forward to see all of the #BlueArmy getting behind the lads for today’s game! Remember, you can buy tickets on turnstiles: Adults £13, Concessions £9, Juniors £3. Cash + Contactless accepted.