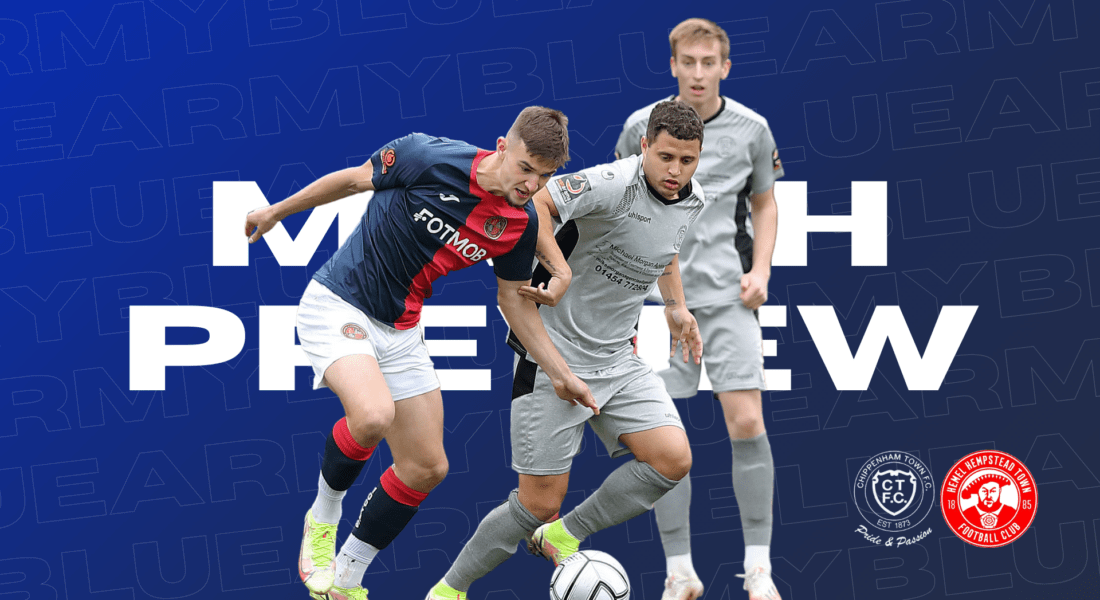 Check out our Match Preview, ahead of tonight’s National League South game against Hemel Hempstead Town.

After consecutive games on the road, Chippenham head back to the Thornbury Surfacing Stadium this evening in the Vanarama National League South. Tonight’s visitors, Hemel Hempstead. The Tudors come into the game off the back of a disastrous start to their campaign, out of the FA Cup, with only 5 points to their name after 9 games, only one of those games yielding a win (a 3-2 win against Billericay).

The Bluebirds will be hoping to add more misery to manager Mark Jones and the travelling supporters. Chippenham themselves will be hoping to show their home support what they are capable of. After recent poor results at home, The Blue Army will hoping to bring their flawless unbeaten away form to the show in front of the home crowd that haven’t had the best of times lately with consecutive defeats against Ebbsfleet, Hastings and Welling burned into the memory of the faithful and having to stretch back to the 21st of September for the last time they saw a home win, in the FA Cup against Poole.

Chippenham come into the game buoyed by the return of captain Kieran Parselle after his suspension against Eastbourne. Alex Bray is still not there it would seem but we have it on good authority that his running begins this week as he comes down the home straight to a return to the side. Good results in the last two away fixtures both against Eastbourne and Hampton & Richmond, and better still, it would seem no new injury news to report ahead of tonight so manager Mike Cook will have almost a full squad at his disposal and will be hoping for a big performance to lift the home spirit ahead of another game on Saturday at home to Braintree.

Hemel, despite being at the bottom of the table will not be underestimated I am sure. They have a bit of quality in the side and manager Mark Jones will be looking at every game to be a staging point of the turnaround in fortune this season. Chippenham will need to be at their best to make sure they are not that side after already giving Welling the opportunity for 3 points here only a few short weeks ago with missed chances and mistakes needing to be eradicated to get the job done tonight.

Tickets are available on the gate, for tonight’s National League South fixture: Adults £13, Concessions £9, Junior (Single ticket) £3. We look forward to see you all at #TheTSStadium tonight, COME ON CHIPPENHAM!