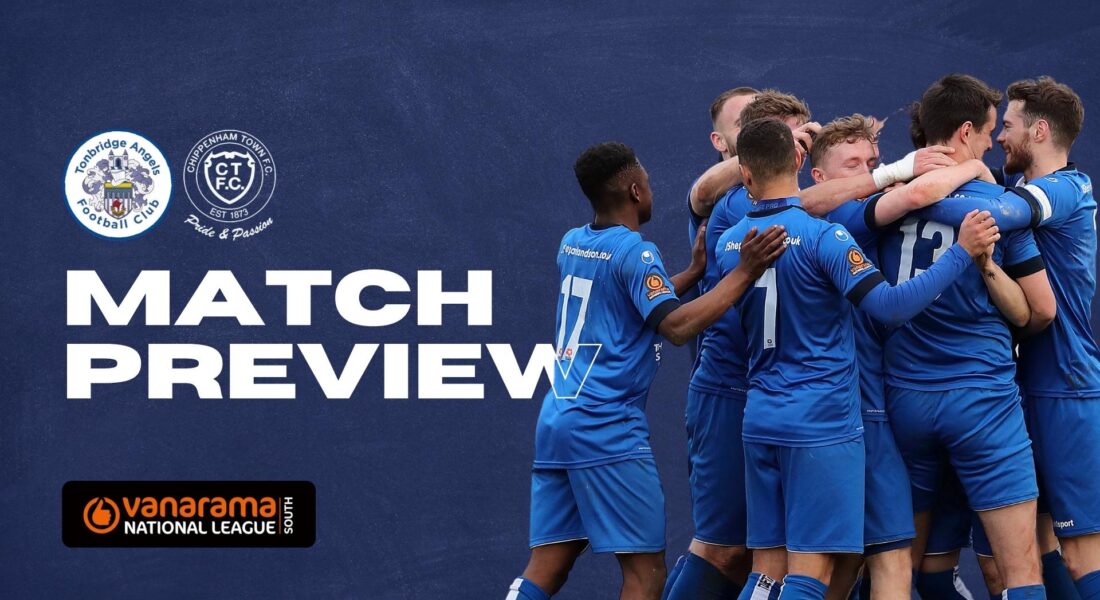 Saturday will mark Chippenham’s last league match of the month, and the Bluebirds will be looking to make it back to back wins after their heroic performance against title challengers Dartford.

The opponents for the Bluebirds this weekend are Tonbridge, who are fresh from a 1-1 draw against Concord Rangers in midweek, and they will be looking to push from a particularly poor run of form that has seen them pick up only none win in their last six. The low point of their recent run was a particularly emphatic 5-0 defeat against Oxford City, in which the Angels were reduced to ten men after only 10 minutes. Red cards have been a feature of Tonbridge’s games this year as, following the turn of the year, they have played 5 games where a player has been sent for an early bath. After Tonbridge’s stalemate with Braintree on March the 13th , Angels boss Steve McKimm had claimed that this side simply weren’t good enough in front of goal, and that will provide great encouragement to the Bluebirds as they have struggled to shut out sides out completely in recent weeks.

Chippenham will come into the match with confidence by the bucket-load, after the six goal thriller against 3rd place Dartford last weekend. Chippenham fell behind early on, but a superb comeback that included goals from Jordan Young , Joe Hanks and Alefe Santos led them to claim all three points and edge ever closer towards keeping their playoff dreams alive. Chippenham manager Mike Cook was immensely proud of his side, and was glad that attack were finally able to convert a number of chances in to goals.

This fixture will have a different feel around it compared to the Dartford match, and it is likely that there will be a tactical shift within the Chippenham camp. When looking back at the reverse fixture in January, Tonbridge employed a defensive shape and kept 11 men behind the ball and managed to hold out for a hard fought 1-0 win. The match was a poor one for Chippenham, with them failing to put any sort of significant pressure onto the Tonbridge goal, and Mike Cook will be wanting to rekindle some of the goal scoring form that will be needed to take significant points away from the Longmead Stadium. Cook told official club media that his side will give Tonbridge the respect that they deserve, as he is well aware of the record that his Chippenham sides have against their Kent opponents.

Since Cook’s arrival in the early weeks of 2020, these two sides have faced off on two occasions, with the angels coming out on top both times. Red cards too have been a feature of this tie, with the last 5 matches producing 3 red cards. Combing that hostility with both side’s recent form of being involved with red cards, it would be far from surprising if Saturdays referee ended a players match early.

With almost every club around Chippenham in the table having a number of games in hand on their Wiltshire counterparts, any chance of a launch back into the playoffs would require a number of other teams to drop points. Chippenham are only two points away from the promotion playoff positions, and with a win this weekend they can rise back into the top seven. Mike Cook has encouraged his squad to remain grounded, but with two games against sides in the lower half of the table, there is six potential points up for grabs in the hunt for something that seemed incredibly unlikely at the beginning on the season.