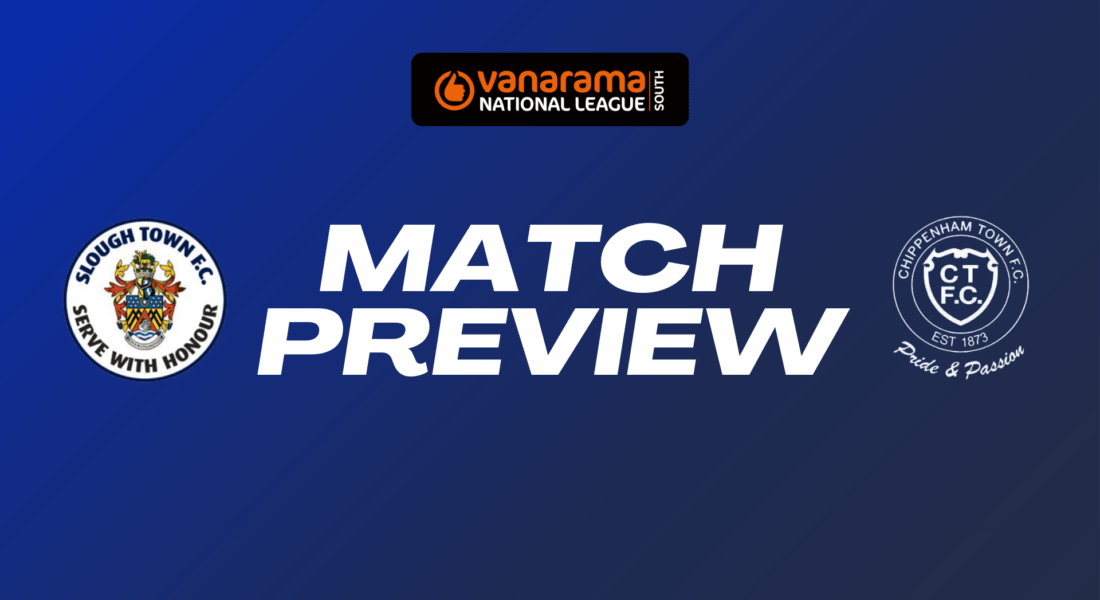 After kicking off the NLS campaign away against Dulwich Hamlet, an unfortunate incident with COVID has seen our home fixture against Ebbsfleet condemned to a later date in the season and means that we now face our second game of the season, back on the road in familiar surroundings at Arbour Park, home of Slough Town FC.

The Rebels are very well known to the majority of Chippenham supporters, not just from recent exploits against them in both league and cup, but also a large amount of time spent together in the Southern Premier League down the years before both sides won promotion to the National League South one year apart. Once again this season, Slough are managed by the experienced Jon Underwood and Neil Baker. The duo have been in the dugout at Slough since 2013 joining from Godalming Town.

Since being with Slough they have overseen 2 promotions and in 2017/2018, took the Rebels to an FA Cup 2nd Round appearance against Rochdale before sadly falling one short of the Premier League ties in Round 3. They are known across the league for having their team set up to play very quick tempo, on the deck football and will no doubt provide a strong test for the travelling Bluebirds on the 4G surface.

Some familiar faces in the Slough team, goalkeeper Jonathan North, who took over from the much loved Jack Turner between the sticks at Slough has racked up a huge amount of appearances at this level with Wealdstone FC and should once again prove an imposing figure as Slough look to life without the influential Turner. Freddie Grant has joined the Rebels from Bath City. Freddie was almost an option for Chippenham this close season following the departure of Eddie Jones, George Rigg and the return of Jay Foulston to Taunton from his loan spell but he has ended up joining former Wealdstone teammate North in Slough.

Freddie will be remembered by most of us for his headed equaliser in what would be many peoples last Chippenham home game on Boxing Day against Bath in a 1-1 draw before the season was derailed by COVID.

For Chippenham, we are starting to see the squad really take shape now, however with COVID and various other issues. Mike still hasn’t been able to pick from a full compliment of players yet both in Pre-Season and against Dulwich. It has since broken that Vincent Harper and Jennison Myrie-Williams have been added to our playing squad as well as the signings of Will King and Landon Golding from the academy to first team contracts. This will provide more options for the gaffer as he seeks to build on the good work against Dulwich and add more points to the pot in another tricky away fixture.

Coming into the game we sit on one point from one game whereas our hosts come in with a record of three points from two games following an opening day victory against Chelmsford and a defeat to many peoples pick for the title this year, Dartford FC. Both sides will fancy their chances in this one.

Tickets are available online and on turnstiles, click the link below to purchase. https://www.seetickets.com/event/slough-town-v-chippenham-town/arbour-park/2015987

We look forward to see you all at Arbour Park for this fixture, and we hope you enjoy the game, COYB!