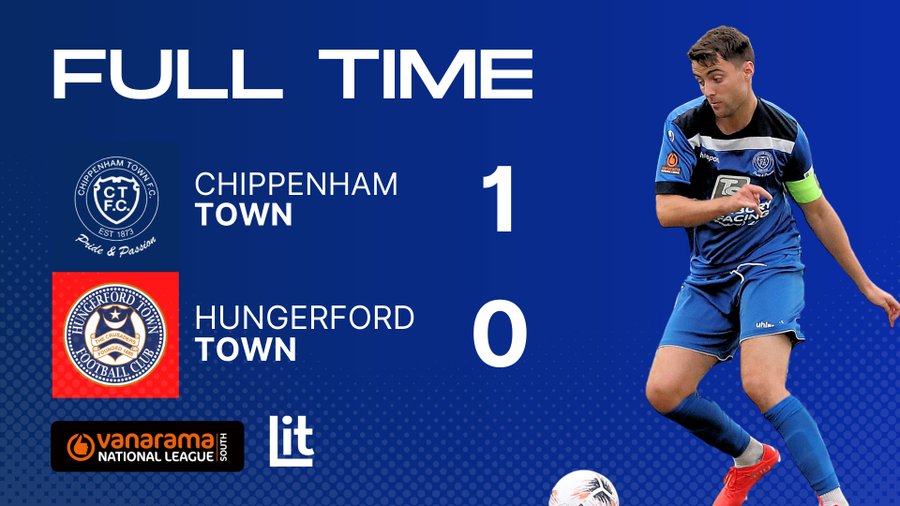 1′ KICKOFF! | We are underway at The Thornbury Surfacing Stadium

4′ | Corner goes over everyone and Hungerford pickup the ball.

7′ | Chance for Hungerford as Liddle is through on goal, but his shot is saved and caught by Henry.

13′ | Throw-in for Hungerford is quickly intercepted by Young, who drives forward with pace towards goal. He shoots but it’s into the hands of Ward.

16′ | Biggest chance for Hungerford there as a corner into the box towards Rollinson who is on the far-post is cleared by Eddie Jones.

19′ | Young tackles English with a hefty tackle just near the corner flag, the No. 9 is booked in the process.

21′ | Another pause in play as Hamilton clears the ball upfield but in the process the football hits Evans who felt that one. He’s back on his feet momentarily.

26′ | Brief pause in play here as a Chippenham player is down, Spencer Hamilton is receiving treatment but is back on his feet straight away.

38′ | Free-kick for Chippenham right outside the penalty box as Young fires on-goal but it’s deflected off the hand of Gyebi.

39′ | Young shoots from the spot-kick, it’s deflected off the wall and straight into Ward’s hands.

The two teams are back out for the second half.

48′ | Hungerford put the ball into the back of the net via Joel Rollinson but he’s flagged offside.

60′ CHANCE! | Palmer-Houlden with space drives one from outside the penalty box, he’s narrowly over but what a chance that was!

74′ | Three successive corners for Chippenham as we’re into the last 15 minutes.

GOAL! | Luke Russe headers home on the far-post in the 77th minute, following a quick corner. (1-0)

89′ | Free kick for Chippenham as Santos is brought down by Angell.

90+’ | Parker and Angell clash for on off ball altercation. Referee seems to give him one last chance.

90′ | Big save from Ward to deny a fantastic shot from Palmer-Houlden, CORNER!!

90+’ | Things starting to get heated here as Russe is nudged by Evans. Ref is over to caution him. 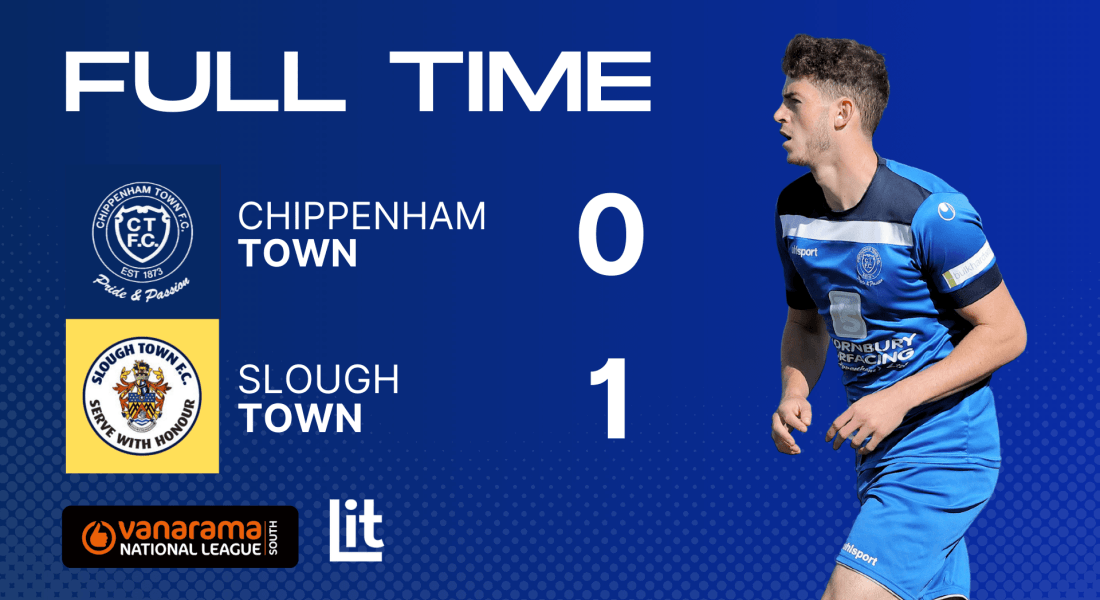 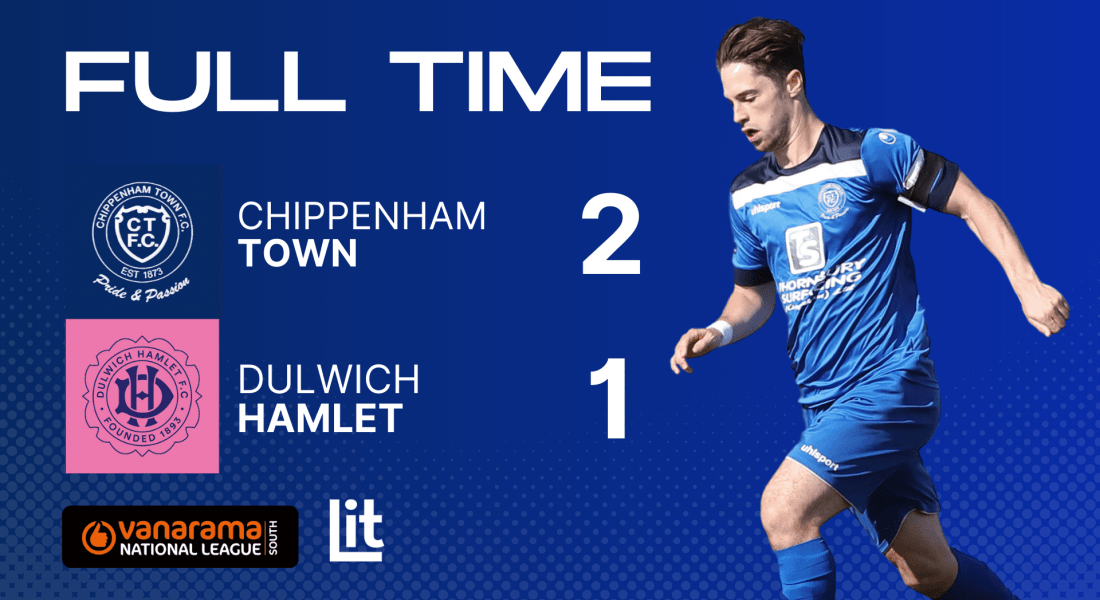 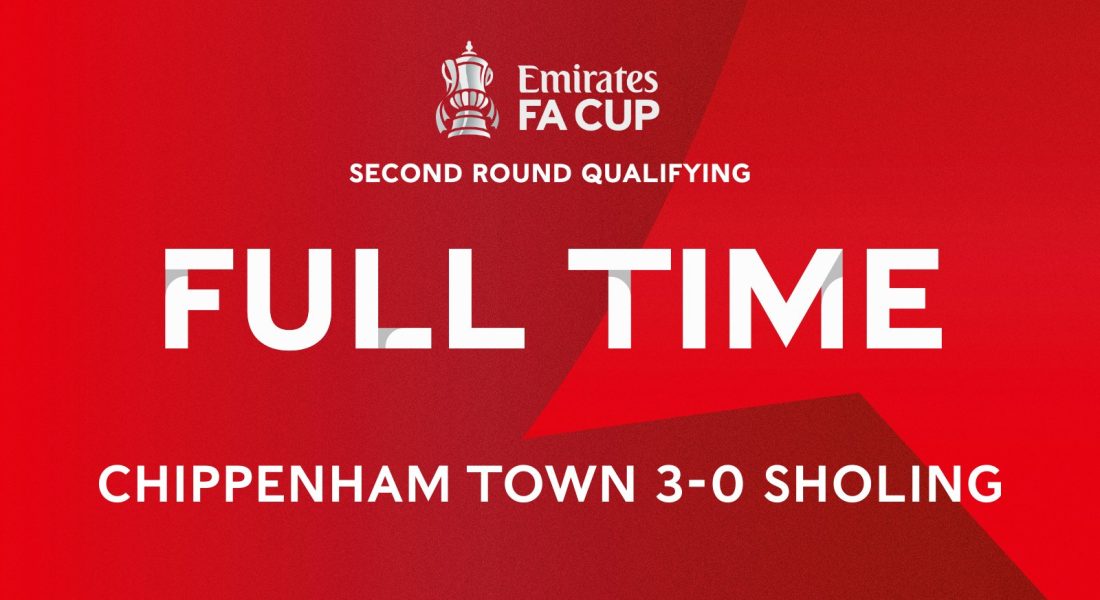 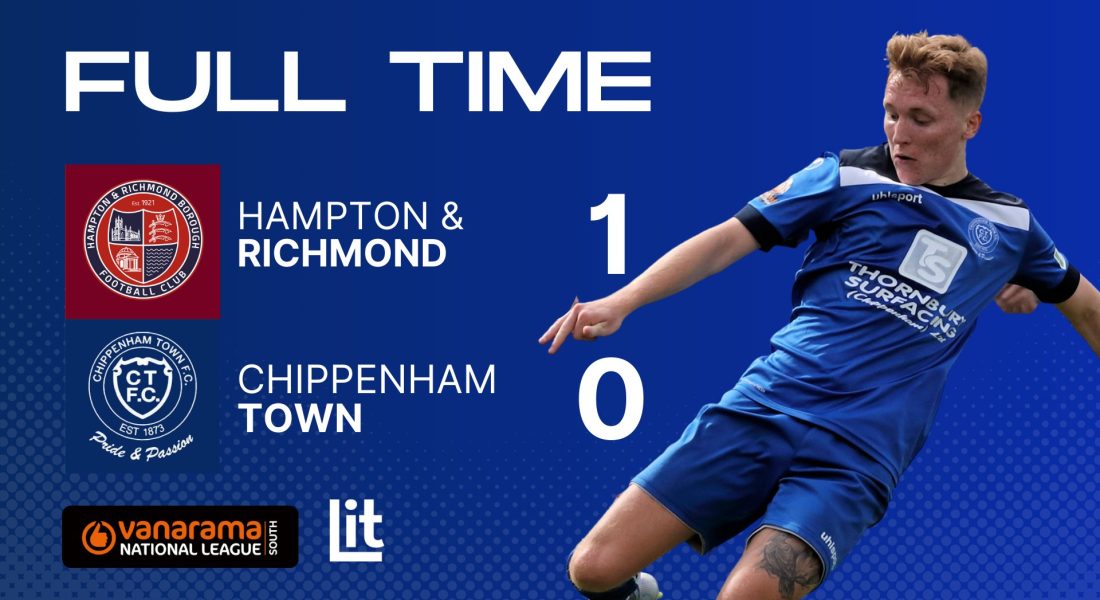