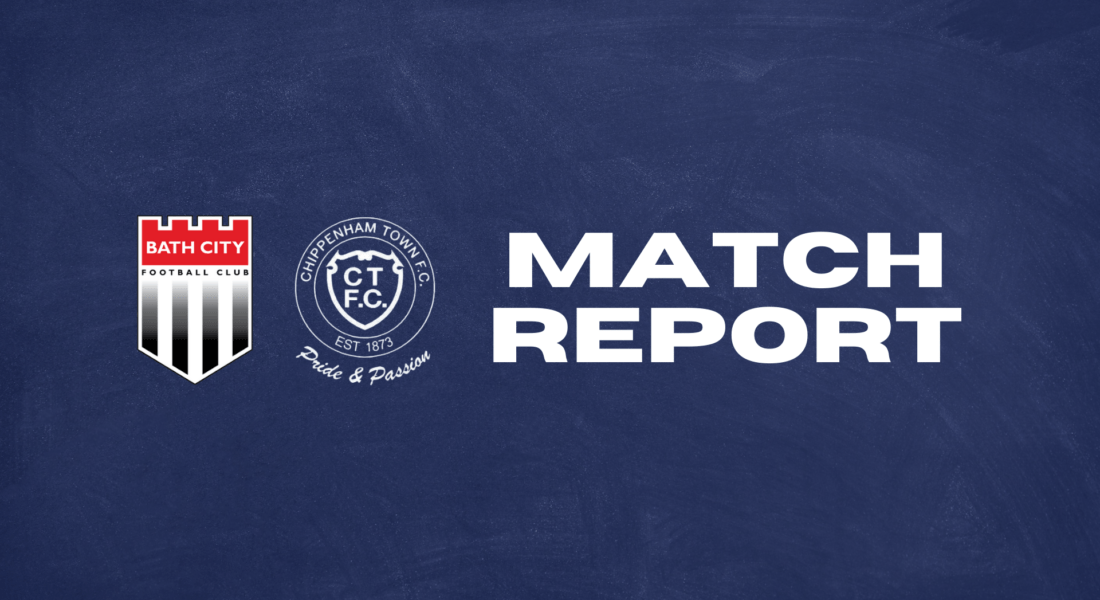 Bath City recorded a league double over the Bluebirds as they again came out on top in the A4 derby as two goals at the end of the first half set the Somerset side on their way.

Bath City recorded a league double over the Bluebirds as they again came out on top in the A4 derby as two goals at the end of the first half set the Somerset side on their way.

The first opportunity fell to the Bluebirds Harry Parsons on four minutes as Ryan Clarke palmed away his effort.

On ten minutes Alex Fletcher found Tom Smith who failed to take advantage of his chance.

Ricky Agiar then sent in two free kicks within a minute but on both occasions Kieran Parselle failed to hit the target.

On the half hour Agiar shot straight at Clarke whilst at the other end Bath saw several efforts blocked by the Bluebirds defence.

On thirty eight minutes Mo Touray went to ground after a challenge by Will Richards but no penalty was awarded and several minutes later the Romans were again disappointed as they unsuccessfully claimed Omar Holness’s shot had hit Richards’ arm.

Cody Cooke then headed wide whilst Agiar’s free kick hit the defensive wall before the ball fell to Parsons whose shot was deflected over the bar by Callum Wood.

Bath opened the scoring on forty five minutes when Alex Fletcher’s effort was spilled by Will Henry who pushed the ball on to the chest of Richards and the ball ended up in the net.

Two minutes into stoppage time a tackle by Alfie Santos resulted in a melee and the referee booked two players from each side.

The Bluebirds were made to pay for the time taken up by the bookings as in the sixth minute of stoppage time Fletcher got the better of Richards and squeezed the ball home.

Two minutes later Parsons was clearly impeded in the area but again Marc Whaley failed to award a penalty.

Five minutes from time Fletcher was wide with an effort whilst at the other end  substitute Abdul Rasaq saw his effort blocked.