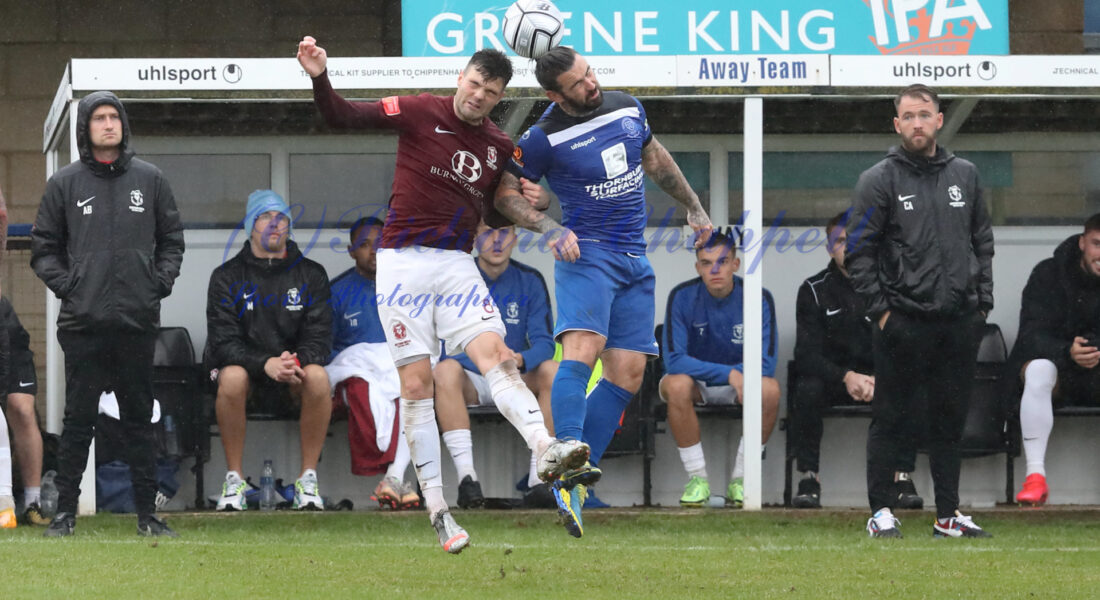 (FA Cup 3rd Qualifying Round) The Bluebirds went out to Isthmian South East side Hastings United, who ply their trade two levels below.

The Bluebirds went out to Isthmian South East side Hastings United, who ply their trade two levels below.

The visitors thoroughly deserved their victory against a lacklustre Bluebirds.

The first chance fell to Chippenham on four minutes when Ross Stearn’s low cross was fired over the bar by Marlon Jackson.

On eleven minutes visiting keeper Louis Rogers came out to clear but only succeeded in kicking the ball into Jackson but the rebound fell back to the visiting keeper who hacked clear.

Hasker then saw another effort held by Will Henry.

On eighteen minutes Ollie Black launched a long throw, the first of what was to become a major weapon for the Sussex side, on this occasion Gary Elphick’s headed effort was tipped over the bar by Henry.

The corner saw a second flag-kick conceded from which Henry held on to a headed effort.

On twenty six minutes another long throw from Black was cleared to Hasler whose thunderous shot was saved by Henry.

Two minutes later the Bluebirds lost Callum Gunner to a suspected broken hand, to be replaced by Spencer Hamilton.

A further long throw from Black was then scrambled clear.

The Bluebirds finally forced Rogers into a save on thirty three minutes as he pushed out Stearn’s twenty five yard shot.

Hasler’s low forty yards free kick then went straight through to Henry. In the first minute of the second half Bluebird substitute Adam Mann saw his shot blocked on the line.

The all important goal came four minutes into the second half when Black launched another missile into the box and the Bluebirds defence could only clear it as far as Kenny Pogue who thumped an unstoppable shot past Henry.

The visitors continued with the dubious tactic of members of their staff stationed around the ground entering the field of play to dry the ball before Black could take a throw.

On the hour mark a Black throw was headed over by Elphick.

A minute later Henry was almost caught out of position as Ben Pope’s pot shot went over his head but wide.

Stearn then shot over whilst at the other end Hasler’s shot was palmed away by Henry.

Twenty minutes from time Mann saw Rogers off his line but his attempted lob from forty yards out was high, whilst three minutes later Elphick was booked for diving in the area.

Chippenham had one last chance to level on eighty six minutes but Stearn’s free kick saw Will Richards’ header saved by Rogers.