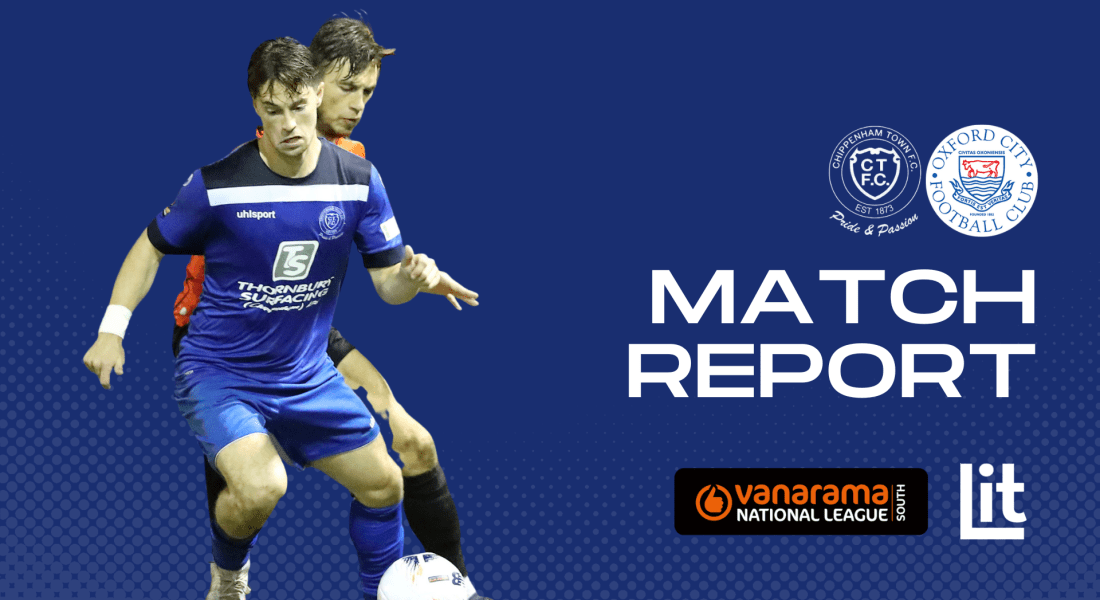 For the second match running the Bluebirds thrilled the home crowd with a late winner, this time it was very, very late, after the referee indicated a minimum of four minutes stoppage time Chippenham were awarded a penalty in the fifth minute of time added on and after a lengthy protest from the Hoops players the spot kick was eventually converted by Jordan Young in the ninety ninth minute

The game had produced few clear cut chances and conditions worsened midway through the first half when a heavy rainstorm saw most fans seek shelter.

Chippenham had the first chance on two minutes when a long Eddie Jones throw saw Will Richards’ header land on top of the net.

At the other end Josh Ashby’s free kick was headed wide.

Five minutes later another Young shot also deflected to the Hoops stopper. As the half drew to a close a long free kick from Ashby was saved by Will Henry.

After the break Canice Carroll’s shot from distance went over, Henry then blocked an effort from Aaron Williams-Bushell.

Santos was then off target at the other end before Young cut in and his thirty yard shot was saved.

Two minutes from the end of normal time Williams-Bushell shot over whilst stoppage time saw a Bluebird effort disallowed for offside.

In the ninety fifth minute a cross into the goalmouth saw Miccio slide to make a goalline clearance simultaneously clattering into Santos resulting in a penalty which Young eventually dispatched.