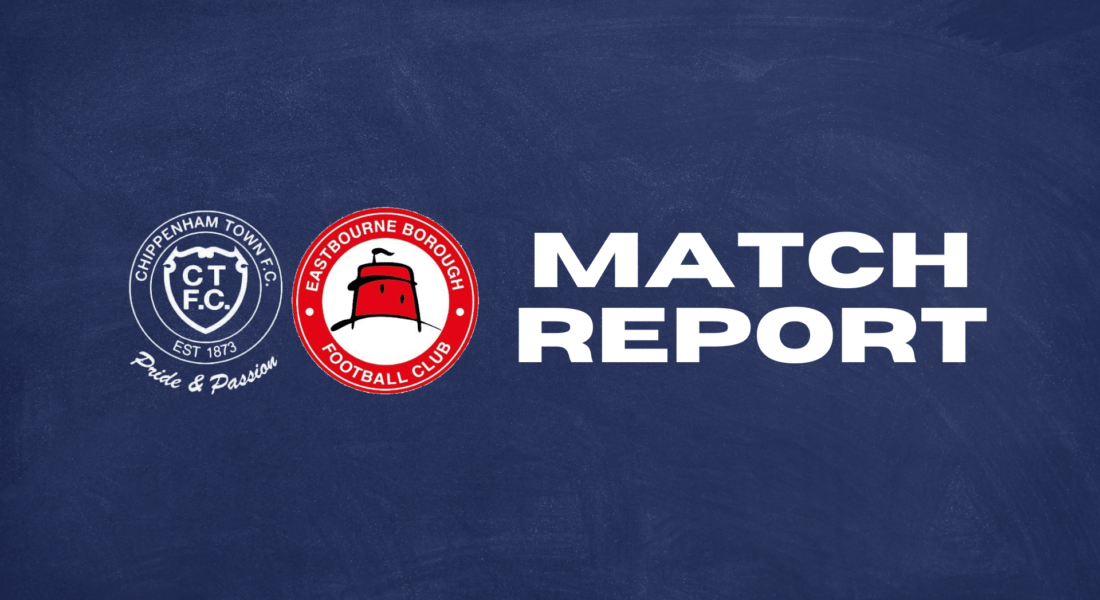 As in the earlier encounter in Sussex, Borough again scored a ninetieth minute equaliser as these two sides remain in and around the fringes of the play-offs.

Despite playing up the slope and against the wind Eastbourne had the better of the opening twenty minutes as they fashioned several chances.

Charlie Walker fired wide  on three minutes before Dominic Hutchinson, on loan from Watford, cut in but his sixth shot was palmed away by Will Henry.

Alex Bray then saw his shot saved by Lee Worgan.

Henry then used his legs to block another effort from Hutchinson.

On twelve minutes Will Richards sustained a hamstring injury and was replaced by Dan Griffiths.

Henry then denied Charley Kendall and James Hammond’s free kick went wide before the initiative swung towards the hosts.

A further Chippenham corner ended with Bray firing over, whilst a thirty fourth minute Bluebird corner was scrambled clear.

On thirty five minutes an Alfie Santos shot was saved.

In stoppage time both sides had a chance to take an interval lead as Harrison Minturn made a superb tackle as Charley Kendall was about to pull the trigger whilst Jordan Young’s forty yard free kick was pushed out by Worgan.

Midway through the half Luke Russe’s shot was blocked.

On seventy two minutes a Chippenham free kick saw Hanks find the back of the net but the referee claimed he had not blown his whistle and booked Hanks, and Young’s re-take was saved.

Two minutes later a run by Santos ended with him shooting over.

The Bluebirds took the lead a quarter of an hour from time when Young’s cross was headed against the post by Hanks and Griffiths turned the ball home.

The Sports levelled in the final minute of normal time when Hammond’s ball into the box saw Greg Luer whose shot come off the bar and fell to Hutchinson who took one touch before volleying home.