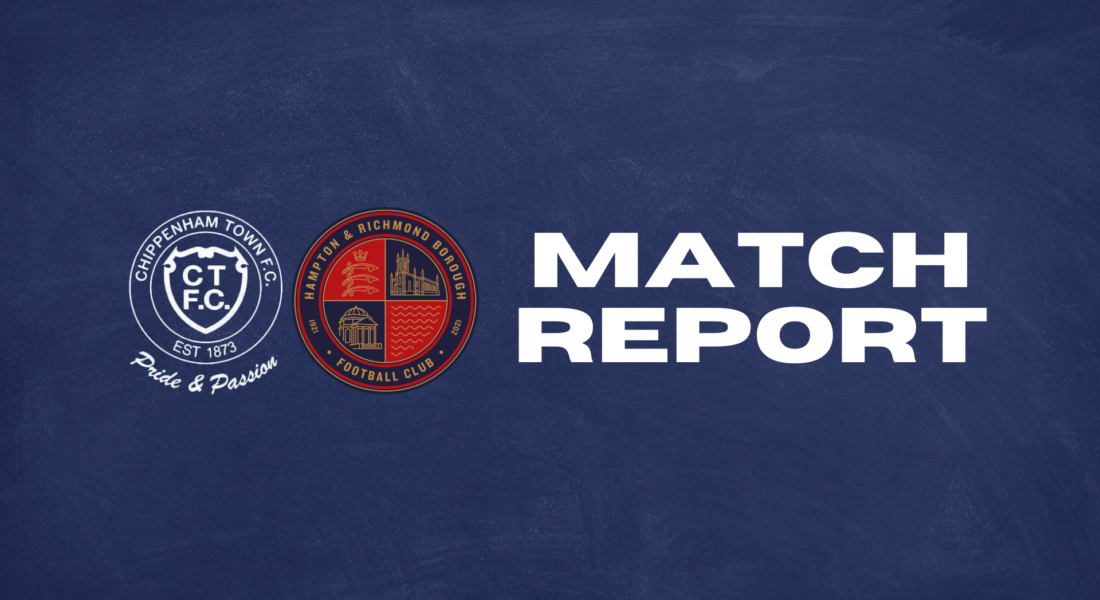 For the second successive Saturday Chippenham Town surrendered two home points as they again succumbed to a late equalizer as this match ended all square.

For the second successive Saturday Chippenham Town surrendered two home points as they again succumbed to a late equalizer as this match ended all square.

The single point ensured The Bluebirds will not be relegated this season.

The Bluebirds dominated the opening half, as illustrated by their forcing seven corners.

Joe Hanks’s shot was then blocked and his flag kick was pushed over the bar by Alan Julien.

Hanks then found Bray whose shot was deflected over, On fourteen minutes Spencer Hamilton’s cross found Hanks who headed wide, whilst Alefe Santos’ shot was straight at the keeper.

Midway though the half a Hanks corner ended with Luke Russe’s shot being blocked.

Will Henry then did well to block Ruaridh Donaldson’s shot after James Roberts had picked him out in space.

Roberts himself then had an effort blocked whilst Block headed over at a Hampton corner.

On thirty four minutes Hanks shot over from the edge of the area.

Chippenham then deservedly went ahead four minutes before the break through on loan Swindon Town defender Harrison Minturn. Alefe Santos’ flag kick was headed on by Young and Minturn volleyed home his first goal for the Bluebirds.

After the break the game became more even as Roberts saw his effort well saved by Henry whilst Bray had an effort blocked as the Bluebirds forced three corners before the hour mark with Russe going close.

Hampton sub Brandon Barzey headed a long throw straight at Henry whilst Santos fired wide at the other end.

Chippenham substitute Callum Gunner failed to hit the target with a 79th minute effort and a minute later the Beevers levelled as Allen found Donaldson who interchanged passes with Barzey before Donaldson outwitted the home defence and fired home.

Two minutes from time Henry again made a good save to deny Roberts the winner, whilst in stoppage time substitute Destiny Oladipo shot over the bar.