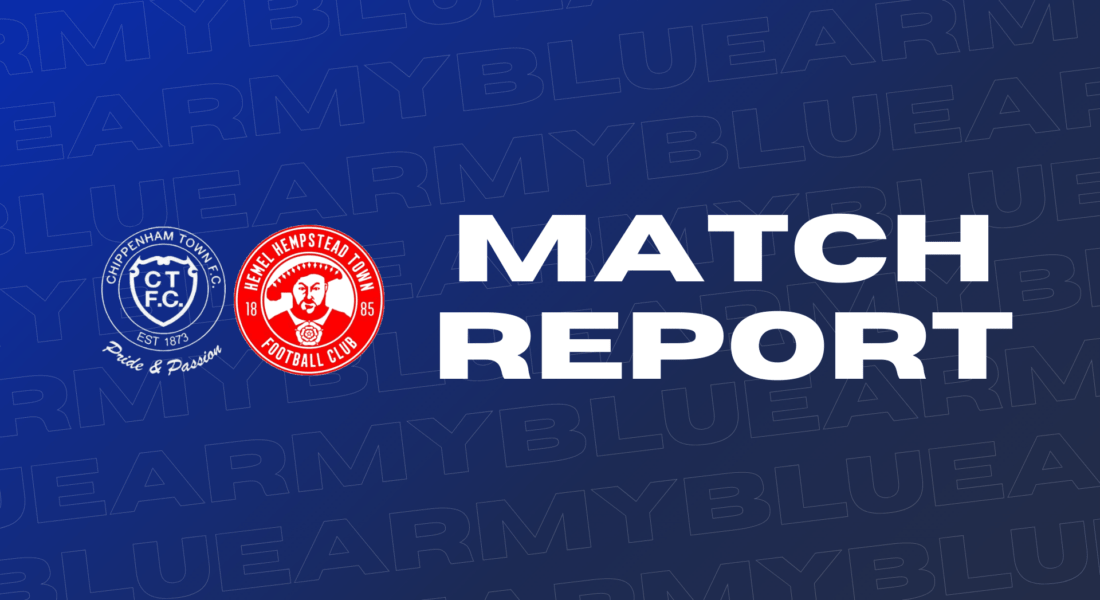 The Bluebirds wretched home league form continued as they suffered their fourth successive defeat, this time at the hands of basement side Hemel Hempstead Town.

The Bluebirds wretched home league form continued as they suffered their fourth successive defeat, this time at the hands of basement side Hemel Hempstead Town.

Chippenham took the lead with a debut goal for on-loan Swindon Town youngster Ricky Aquiar, but the Tudors equalized in first half stoppage time, ironically caused by an injury to Danny Greenslade.

Hemel notched a late winner but were indebted to keeper Nick Hayes for a series of superb saves to protect their lead.

Two minutes later Greenslade was replaced by Dan Griffiths. Skipper Mantom then hit a free kick over the bar.

The Bluebirds first chance of note came on the half hour when a long ball forward found Marlon Jackson but he skewed his shot well wide.

Cerruli saw a shot blocked before Chippenham opened the scoring on thirty eight minutes when Aqiar reacted fastest to a rebound to shoot past Hayes. Two minutes into stoppage time a Hemel corner was not cleared and the ball fell to Jack Westbrook who slid the ball between Henry and his near post from two yards out.

After the break another Mantom free kick hit the bar and flew over.

Griffiths and Hayes then both raced for a high ball with the keeper winning the race. Hayes again left his line on fifty seven minutes to meet Jackson, his clearance fell to Griffiths whose goalbound effort was cleared by Cole Kpekawa.

Joe Hanks was then harshly adjudged to have committed a foul and Mantom’s resulting free kick was held by Henry.

A quarter of an hour from time Jackson won the ball in midfield and went on a mazy run but his final shot was wide.

Chippenham finally woke up with substitute Ross Stearn’s long shot saved by Hayes, who then pulled off a superb save from Jackson.

Two minutes from time Hayes again excelled as he denied Stearn and the keeper was alert to a second effort.