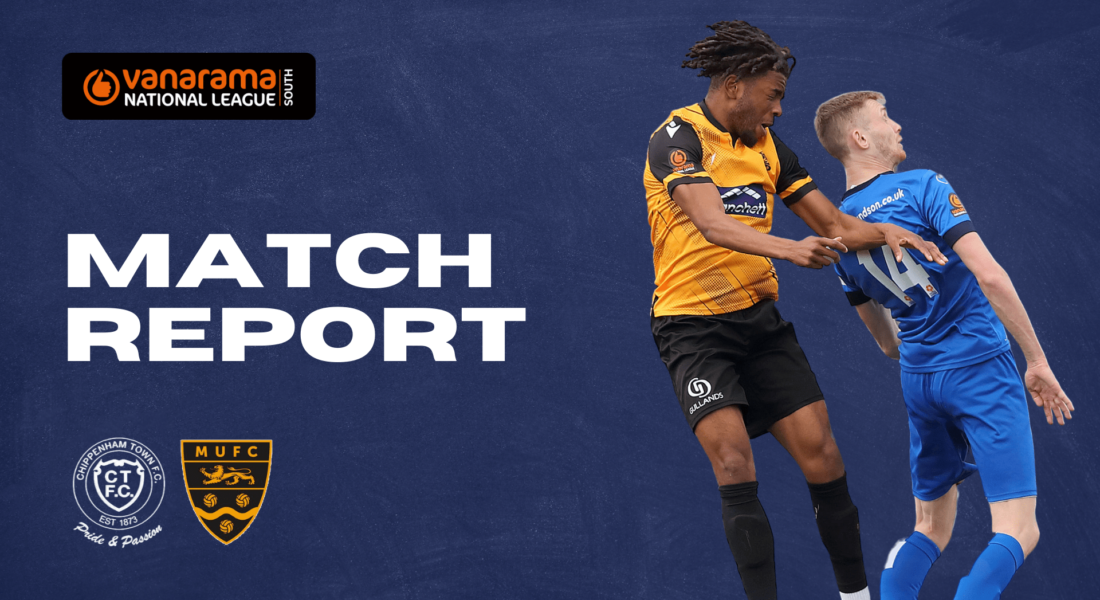 Maidstone extended their lead at the top of the table to seven points as they recorded a league double over the Bluebirds.

Maidstone extended their lead at the top of the table to seven points as they recorded a league double over the Bluebirds.

Two early free kicks for the Stones came to nothing whilst on eight minutes Sam Corne’s shot was blocked by Spencer Hamilton.

From the resulting corner the ball was only cleared to Joe Ellul whose thirty yard shot took a deflection and was superbly tipped over by debutant keeper Nykah Liburn-Hines.

On thirteen minutes Jordan Young’s free-kick brought a falling save from Tom Hadler.

Maidstone opened the scoring midway through the half after neat play from Joan Luque ended with Jerome Binnom-Williams calmly placing his shot past Liburn-Hines.

Dominic Odusanya shot wide for the Kent side before the Bluebirds lost on-loan Crawley Town midfielder Zaid Al-Hussein to injury.

Luque’s shot then went past a post whilst three minutes before the break Danny Greenslade mishit his shot and the ball fell to Luke Russe close in but he scuffed his effort.

The Bluebirds equalised in the second minute of stoppage time as the Stones failed to clear Joe Hanks’ free kick and Russe’s cross was also not cleared and and on-loan Bristol Rovers midfielder Tom Mehew hit an unstoppable shot past Hadler.

Maidstone restored their lead two minutes into the second period with a fine individual goal from Luque who cut in from the left before firing a shot across Liburd-Hines.

Substitute Mo Dabre then shot wide for the hosts whilst at the other end Luque was also similarly off target.

On fifty eight minutes George Fowler headed over from a corner whilst on the hour mark Chippenham went close to levelling as Young headed Alex Bray’s cross straight at Hadler.

Binnom-Williams shot was blocked for a corner from which Corne fired over whilst Young’s fine dribble into the box ended with him shooting across the face of goal.

On seventy six minutes a cross into the six yard box saw Hanks attack the ball and he was flattened by Hadler but no penalty was awarded.

At the other end Gavin Hoyte’s headed effort was saved by Liburn-Hines whilst Greenslade’s cross saw Young’s touch hit Hadler.

In the eighty ninth minute Dabre ran clear but as he rounded Hadler he was brought down but again no penalty ensued.

Later in the evening it was announced that manager Mike Cook had left the club by mutual consent.