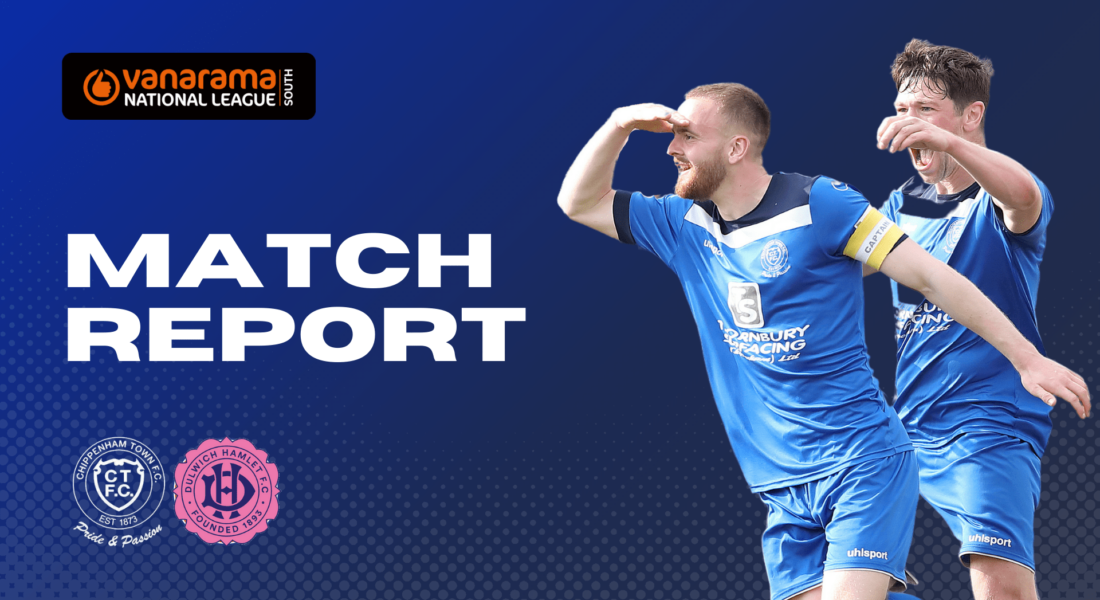 The Bluebirds recorded a second home victory within six days over a fellow side chasing a play-off spot, but despite today’s three points a late leveller for Havant and Waterlooville at Welling sees the Bluebirds remain just outside the top seven.

The Bluebirds recorded a second home victory within six days over a fellow side chasing a play-off spot, but despite today’s three points a late leveller for Havant and Waterlooville at Welling sees the Bluebirds remain just outside the top seven.

An early free kick saw Will Richards head wide whilst on eight minutes Joe Hanks’ through ball found Alex Bray whose effort was ruled out for off side.

The visiting keeper then clawed away Hanks’ corner.

On eighteen minutes Luke Russe found Hanks whose effort was pushed behind by Grainger.

Chippenham took the lead on the half hour when Tom Mehew found Hanks who calmly slipped the ball past Grainger.

Hanks’ free kick was then far too high whilst seven minutes before the break Jordan Young outwitted his marker and bore down on goal but Grainger again did well to block his shot.

Before the break the Bluebirds created two further chances as Young cut in from the wing before again being denied by Grainger whilst Hanks’ shot appeared to be heading for the net before an on-rushing Luca Levee got back to scoop the ball over the bar.

On fifty minutes visiting skipper Jack Holland had Dulwich’s first real chance of the game but he was off target, Hamlet substitute Giovanni McGregor then saw his shot hit a home defender.

Bray laid the ball back to Spencer Hamilton on sixty three minutes and his shot just went past the far post.

Two minutes later Russe found Young whose shot on the turn went over.

A Hanks corner ended with Young again being off target before another effort from the latter was blocked.

Chippenham made the game safe on eighty nine minutes as Young and Hanks exchanged passes at a corner and the latter’s ball into the box was guided home by home skipper Kieran Parselle.

In stoppage time Will Henry pulled off a good save to deny substitute Chike Kandi whilst at the other end Russe’s side-footed shot was straight at Grainger.