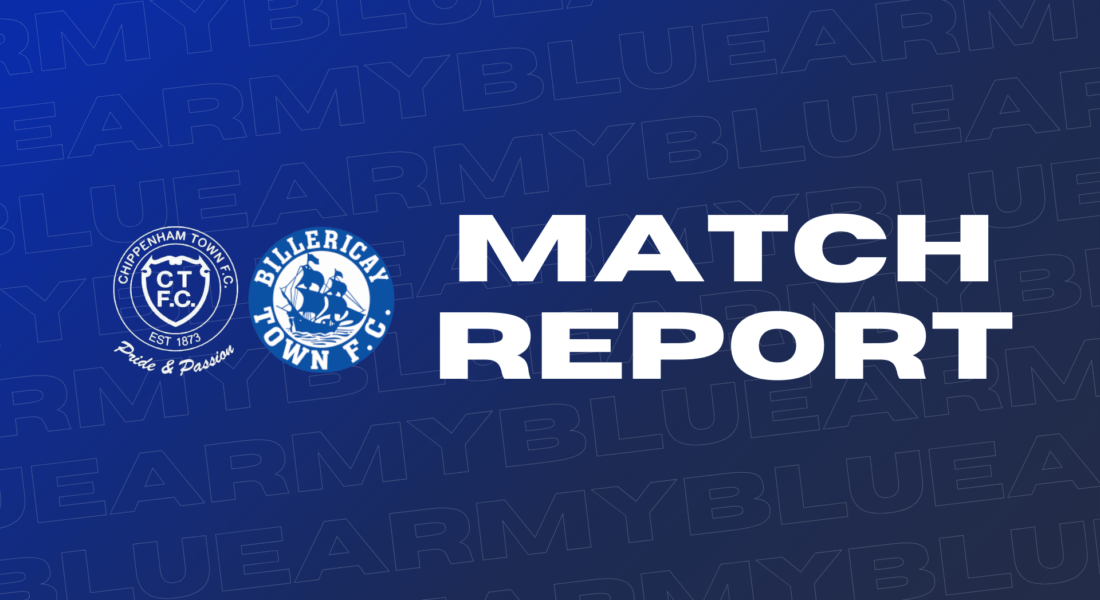 On their third attempt (having previously failed against Hemel Hempstead and Braintree) the Bluebirds finally dispatched a basement side as they comprehensively beat their visitors from Essex.

On their third attempt (having previously failed against Hemel Hempstead and Braintree) the Bluebirds finally dispatched a basement side as they comprehensively beat their visitors from Essex.

During midweek both teams had drafted in several loan players but it was the four youthful League 2 players in the Bluebirds line up that proved to have the edge.

On the quarter hour mark Ricky Aqiar dragged his shot wide whilst four minutes later Lucan drew a fine save from Will Henry with a well-struck shot from an angle.

Lucan then headed wide at a corner as Billericay continued to make the running.

Former Bluebird, Josh Smile, on loan from Maidenhead United saw his free kick go all the way through for Henry to easily gather.

On twenty eight minutes Callum Rowe, on loan from Exeter City saw his cross into space fail to be taken advantage of.

Spencer Hamilton was just off target for the Bluebirds on thirty two minutes with a headed effort from a Joe Hanks free kick.

The Bluebirds opened the scoring five minutes before the break when Hanks’s corner was flicked on at the near post by Luke Russe and met by Hamilton, who was injured in the process, but Will Richards headed the ball back into the path of Swindon Town loanee Ricky Aqiar who prodded home. The accidental clash of heads led to a five minute delay as Hamilton had to leave the field to be replaced by Kieran Parselle.

In stoppage time Lucan’s diagonal shot was saved by Henry.

After the break Lucan headed home following a Munns free kick but the assistants flag had long gone up for off side against three Billericay players.

On fifty six minutes a lovely clipped pass over the heads of the Billericay defence from Exeter City loanee Callum Rowe found Dan Griffiths unmarked in the middle and he controlled the ball before placing his shot wide of Bailey Vose to double the advantage.

The goal had an affect on both sides with the Bluebirds now full of confidence and Billericay looking like a team who knew they were beaten.

After Cameron Hargreaves had headed wide the Essex side lost control suffering two quick bookings as Chippenham went in search of a third.

However, a rare ‘Ricay attack saw Joe Felix’s header tipped against a post by Henry. Hargreaves drew a fine save from Vose on seventy nine minutes.

As gaps at the back continued to appear Chippenham finally added a third six minutes from time as a Hanks corner again caused confusion in the Billericay defence and Aquiar had two successive shots the second going in through a crowd of players and although substitute Kieran Parselle was announced as the scorer after the match he generously gave the goal to Aqiar.