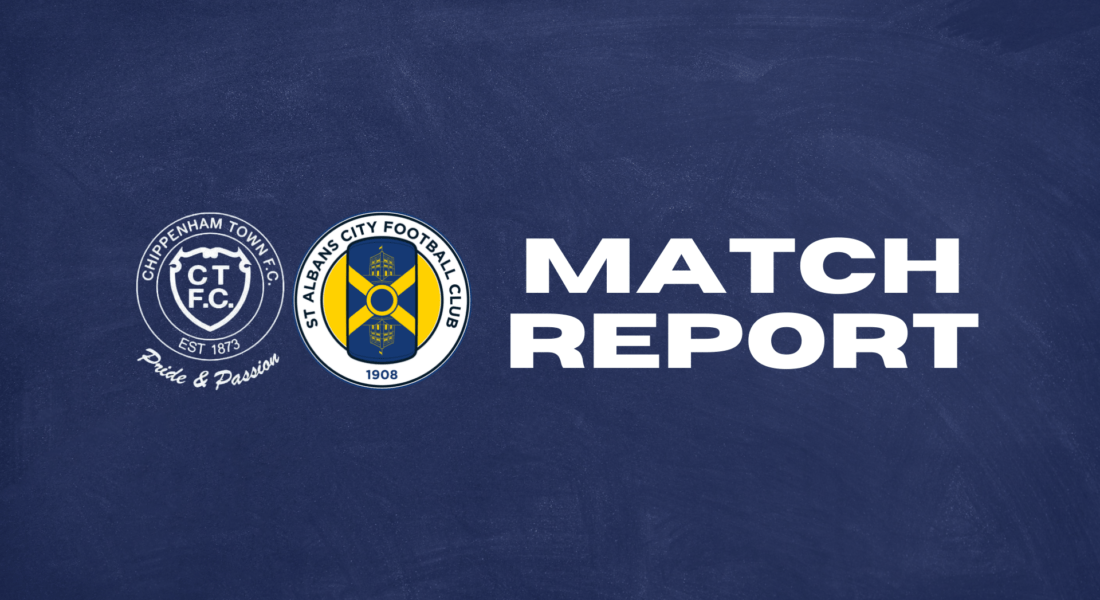 A comprehensive victory saw the Bluebirds leap-frog their opponents to go back into the play off positions.

A comprehensive victory saw the Bluebirds leap-frog their opponents to go back into the play off positions.

Chippenham opened the scoring on sixteen minutes when Harrison Minturn played the ball forward to Young who in turn found Santos who fired past Michael Johnson.

Midway through the half Joe Hanks got a touch to a free kick but his effort went over the bar.

As St Albans fought hard for an equalizer the Bluebirds doubled their lead five minutes before the break as Lawal held off three defenders before finding Young who beat Johnson with a low drive.

The Bluebirds went close again before the break but were twice denied by blocks from the Hertfordshire side.

Good work from Zane Banton then presented Shaun Jeffers with an opportunity but he was unable to convert.

As the Saints continued to look for a way back into the game Jones shot over the bar.

Chippenham made the game safe on sixty three minutes when Minturn’s free kick was headed clear but the ball was returned and Santos unleashed a thirty yard effort into the top corner of the net.

Two minutes later Santos almost repeated the feat but this time his shot went over the bar.

The Saints pulled a goal back twenty minutes from time when Will Henry was unable to hold an effort from Huw Dawson and Jeffers tapped home.