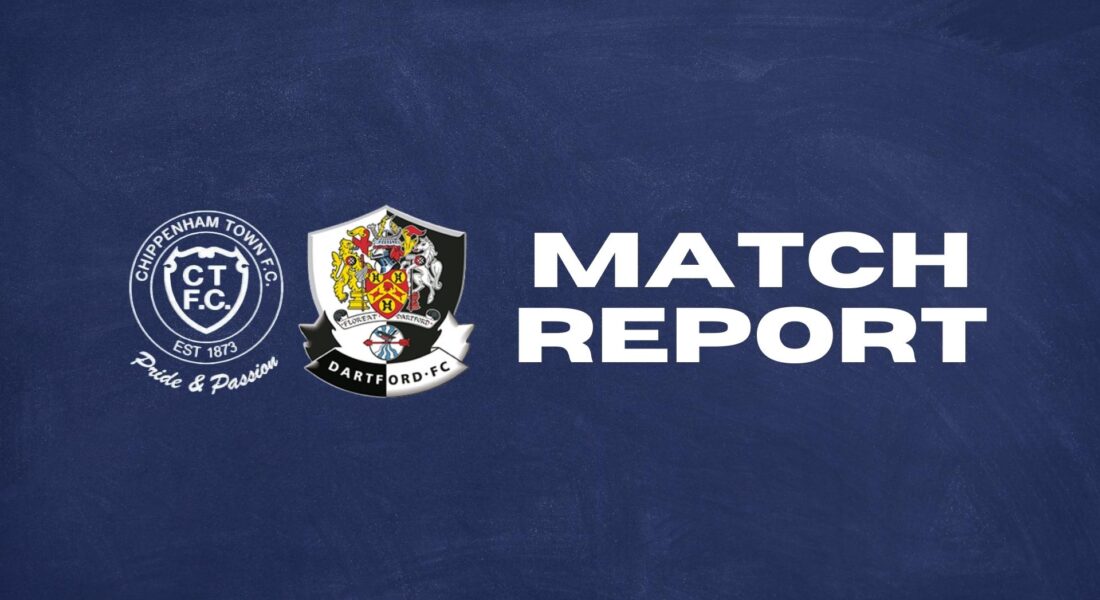 For the second week running Chippenham found themselves playing against ten men for the entire second half, but having failed at Braintree this time they punished their opponents after Kieron Murtagh received his second yellow card on forty three minutes.

The Darts opened the scoring on seven minutes when Jack Jebb’s corner was headed back across goal by Tom Bonner for Jordan Greenidge to convert.

On fourteen minutes the ball fell to Joe Hanks but his snap shot was saved by Danny Wilks.

Five minutes later Murtagh received his first booking for a foul and Jordan Young’s free kick was deflected behind.

The Bluebirds equalized on thirty three minutes when Danny Greenslade’s slide rule pass put Young in behind the defence and his low shot beat Wilks.

The goal signalled a good spell of pressure from the home side as Mo Dabre’s cross was missed by Young but found Luke Russe beyond the far post but his shot went wide.

A Bluebird corner was rolled by Alefe D’Abadia to the edge of the area to Hanks whose shot brushed the top of the net.

Another free kick from Young was deflected for a fruitless corner, whilst two minutes before the break Murtagh’s tackle on Hanks saw him receive his second yellow.

After the break Russe’s shot was blocked whilst D’Abadia made space for himself inside the box but shot wide.

Alex Bray then saw his shot also fail to hit the target whilst Young was wide with a free kick.

A free kick from Hanks saw Wilks punch the ball away one handed but only so far as D’Abadia who fired over from twelve yards out.

Dartford should have re-gained the lead when they broke clear but after the ball landed at Greenidge’s feet he skied over with the goal gaping.

On sixty nine minutes Young’s free kick was high but having set his sights two minutes later he netted his and the Bluebirds second when his curling free kick left Wilks stranded.

A mix up at the back on seventy five minutes then presented Hanks with a free shot on goal but he fired straight at Wilks.

Chippenham increased their lead on seventy eight minutes when Mo Dabre found Greenslade whose cross went across goal to D’Abadia who made no mistake in beating Wilks.

On eighty one minutes Callum Gunner’s shot from distance was tipped over the bar, whilst Young cut in but fired over.

As the Kent side went in search of an equalizer gaps started to appear at the back and Chippenham made the game safe six minutes from time when a through ball again exposed the Darts backline and Hanks held off two defenders to slide home.