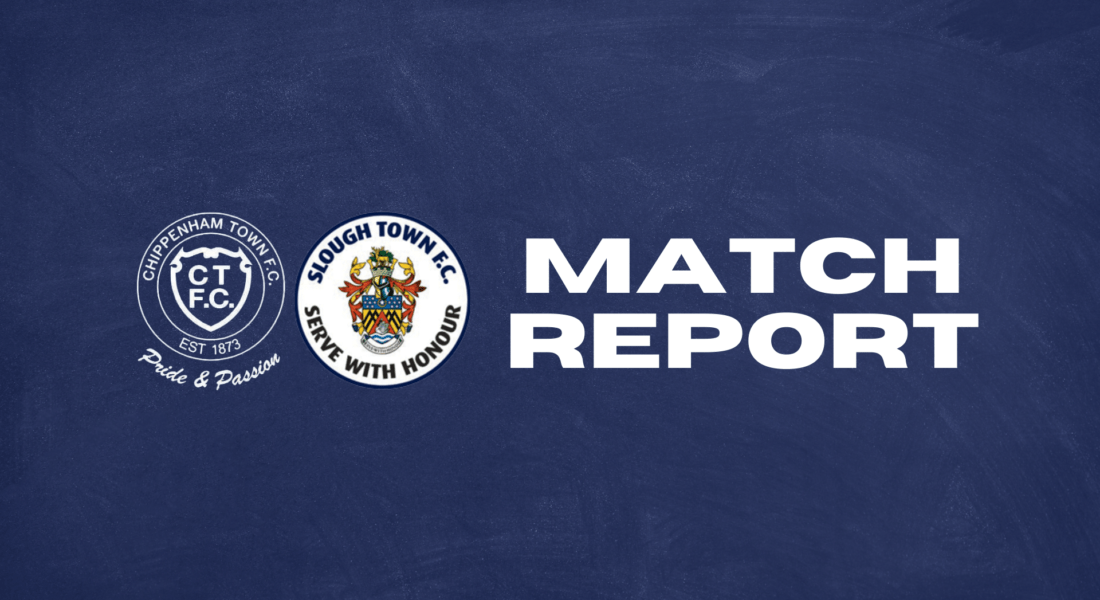 Games between these two sides often produce a number of goals as was the case on this occasion although the result proved the Bluebirds best ever victory in National South, eclipsing the 5-2 victory at Bath City in only their second game at step 2 in August 2017.

Games between these two sides often produce a number of goals as was the case on this occasion although the result proved the Bluebirds best ever victory in National South, eclipsing the 5-2 victory at Bath City in only their second game at step 2 in August 2017.

#At the same time Chippenham recorded their first league double of the season.

Joe Hanks opened the scoring in the third minute as he picked the ball up midway in the Slough half before driving forward past four defenders to unleash a scorching shot past Jonathan North – the first time this season that Chippenham had scored a league goal in the opening quarter of an hour. The goal was to set the tone for the afternoon.

A corner for Slough was not fully cleared and the ball was recycled to Aaron Kuhl whose shot was blocked by Will Henry’s chest.

On sixteen minutes the Bluebirds were caught napping as a quick throw by Tyler Goodrham set Alfonso Tenconi in behind the defence and he dinked the ball over Henry for an equaliser.

Slough’s Freddie Grant then saw his shot blocked before Chippenham restored their lead on twenty minutes as a slide rule pass from Ricky Agiar was slid home by Luke Russe.

A Rebels corner then saw Kuhl’s overhead kick clear the bar, whilst George Hunt’s shot was deflected behind.

On the half hour Agiar thundered a shot against a post before the Bluebirds extended their lead on thirty two minutes as Lee Togwell’s weak clearance was seized upon by Jordan Young, on loan from Gloucester City, making his debut for his home town club, and he hit a superb left footed curler past North.

Six minutes before the interval a Slough throw broke down and Chippenham broke quickly and Agiar slotted past North.

After two early second half corners for the Berkshire side Hunt shot off target.

Alfie Santos then saw his effort saved whilst Agiar’s free kick on the hour was off target, Hunt then cut back inside before seeing Henry save his shot whilst an effort from Dan Griffiths was saved.

A quarter of an hour from time Slough were awarded a penalty when impressive on loan Swindon Town debutant Harrison Minturn was adjudged to have fouled substitute Ben Harris who took the resultant penalty himself but his effort was saved by Henry, repeating his feat of the corresponding match.

Harris’s frustrations boiled over as he clashed with Minturn, the Chippenham man receiving a yellow card but Harris was red carded for violent play.

Chippenham went nap on eighty minutes as Young’s cross found Agiar whose initial shot was blocked but his follow-up was deflected past North. Substitute Ola Lawal went one on one with North but the keeper was out quickly to block.

In the fourth minute of stoppage time Agiar returned the favour as he crossed to Young who capped an impressive debut firing home his second.