The Bluebirds won a nail-biting penalty shoot out to progress to the semi-final of the National South play-offs where they will be away to Ebbsfleet United.

The Bluebirds won a nail-biting penalty shoot out to progress to the semi-final of the National South play-offs where they will be away to Ebbsfleet United.

Although the whole team were exceptional credit must be given to keeper Will Henry who saved three of Dartford’s penalties.

The Bluebirds shaded the opening forty five minutes but failed to find the net.

After the interval the Darts stepped up a gear and came far more into the match yet Chippenham came closest to scoring as Alfie Santos hit the bar and Spencer Hamilton hit the rebound wide of an open goal.

Extra time failed to provide a goal and so the match went to penalties.

The first chance of the game fell to the Bluebirds on two minutes when a corner saw Joe Hanks head straight at the keeper.

Six minutes later Tom Mehew’s shot was deflected behind. Dartford had a good chance on twelve minutes when Dan Roberts went one on one with Henry but the Bluebird keeper blocked well.

A minute later good work from Mo Dabre saw Santos’ long shot appear to be heading for the net but it hit the bar and was cleared.

On the half hour Jordan Young found Hanks but hit his shot went straight at Reice Charles-Cook.

A minute later Kristian Campbell’s shot was blocked by Danny Greenslade at the expense of a fruitless corner.

Eight minutes after the break Mehew found Santos who drew a fine diving save from Charles-Cook.

A minute later Samir Carruthers found Marcus Dinanga and his shot was touched behind by Henry for a corner.

Chippenham went straight up the other end but Santos dwelt too long on the ball and the chance went begging.

Dan Roberts then found Jack Jebb who spooned his effort over.

On sixty three minutes Will Richards blocked an effort from Dinanga. On sixty eight minutes Young fired over and Kalvin Kalala similarly fired over moments later at the other end. Santos then found Hanks whose curling shot went wide.

On seventy four minutes Young again made space for himself but fired over and again fired off target a minute later.

On eighty minutes Young appeared to be fouled in the area but no penalty was given and from the resulting corner appeals for hands was also not given.

A minute later Santos fired against the bar and Hamilton missed the open goal that beckoned before him.

In the first minute of stoppage time Darts substitute Danny Leonard went one on one with Henry and the Bluebird keeper just managed to touch the ball behind as the game went to extra time.

The Darts also forced a number of fruitless corners in the first half of extra time which remained goalless.

On one hundred and twelve minutes Mehew’s free kick found Young but his effort went over the bar.

A minute later substitute Caine Bradbury went down on the edge of the area but nothing was given whilst Santos shot at the keeper and Darts substitute Ade Azeez then failed to beat Henry at the other end.

Three minutes from time Jernade Meade fired over for the hosts whilst two minutes later Mehew fired over as the game went to penalties. 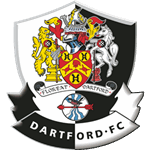