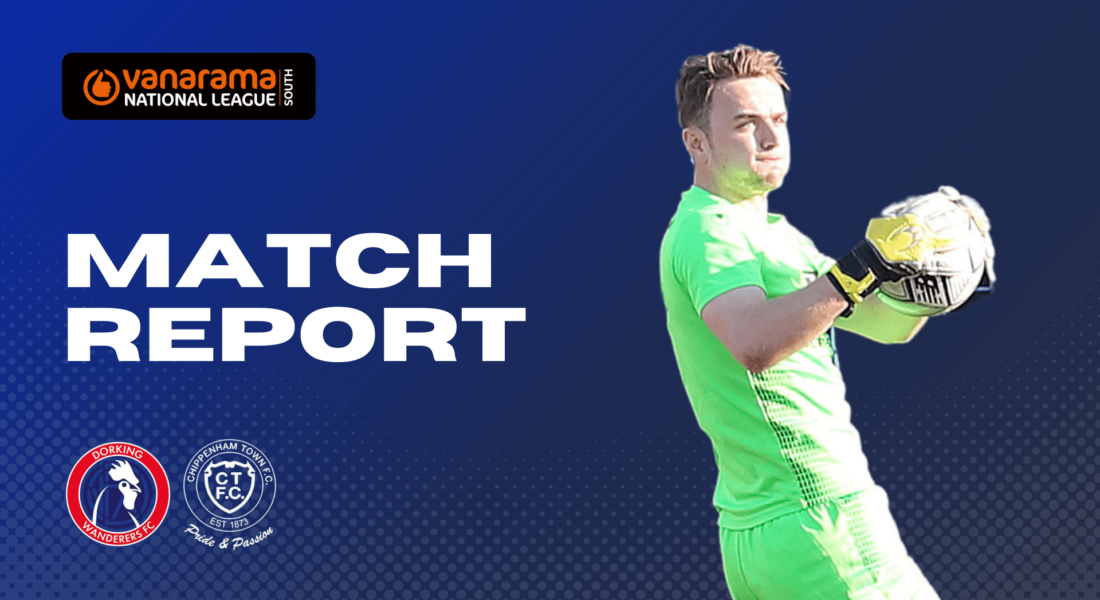 Second-placed Dorking reduced Maidstone’s lead at the top of the table as they took advantage of three first half defensive mistakes to go into the break with a comfortable 3-0 lead.

Second-placed Dorking reduced Maidstone’s lead at the top of the table as they took advantage of three first half defensive mistakes to go into the break with a comfortable 3-0 lead.

After the interval the Bluebirds put in a far better display as they created several good chances but were unable to convert them. Dorking opened the scoring on seven minutes when Callum Kennedy’s shot was deflected  into the net by Jason Prior.

On thirteen minutes Hanks’ shot was deflected to Jordan Young who sliced his effort wide.

On nineteen minutes Prior’s flick found James McShane whose flick over Will Henry was just wide.

A minute later a cross from the right was swept home by McShane for Dorking’s second. Just before the half hour Young’s corner saw Hanks go down in the area but no penalty was awarded.

On the half hour Danny Greenslade and Dorking manager Marc White clashed and both were booked.

Seven minutes before the break another mistake in the Bluebird defence saw McShane notch his second and Dorking’s third.

A minute before the break Wes Fogden’s effort was blocked.

Whilst at the other end Young’s free kick cleared the wall but was too high.

Six minutes into the second half Young weaved his way through but mis- hit his shot.

A minute later Luke Moore’s misplaced pass was intercepted by Young who found Hanks but from a good position he shot wide.

On fifty six minutes Dorking broke away and Henry superbly saved from McShane and Prior hit the loose ball over.

Alex Bray was brought down by Dan Gallagher in the box but penalty appeals were waved away.

As Dorking broke again it appeared they had won a penalty after Kieran Parselle’s mistimed tackle but the referee played advantage and Jimmy Muitt was denied by Henry.

A Young corner then saw Hanks head just wide, whilst the Surrey side’s Kennedy hit a free kick over.

On seventy minutes Hanks’ shot was deflected wide and the ball was returned to Alfie Santos who shot wide.

Lincoln then just managed to touch a Young effort behind for a corner and Santos and Hanks were again thwarted by Lincoln.

On eighty one minutes substitute Mo Dabre’s effort resulted in a corner, and Santos’s flag-kick saw Young’s shot hit the side netting.

On eighty nine minutes Young’s free kick was blocked and Tom Mehew hit the rebound over.

In stoppage time Greenslade’s fierce shot was deflected behind, from the corner substitute Noah Coppin was off target.