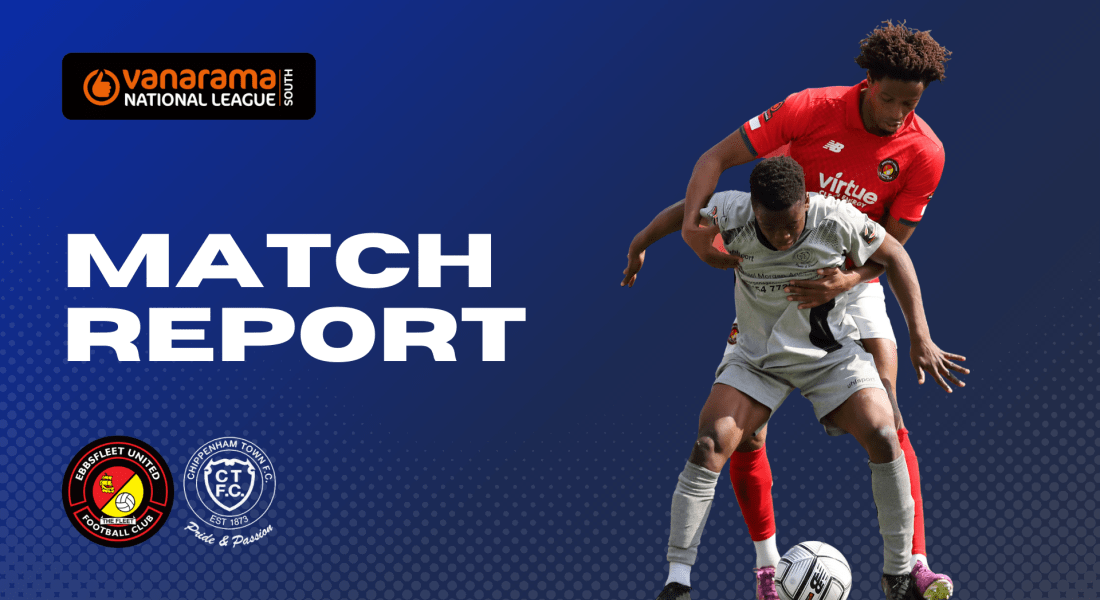 The Bluebirds remained in contention for the play-offs with a very credible draw at then third-placed Ebbsfleet.

The Bluebirds remained in contention for the play-offs with a very credible draw at then third-placed Ebbsfleet.

Chippenham must at least match Havant’s result in their penultimate match against Hungerford before travelling to Havant in their final game of the season for what could be a defining game.

The Bluebirds were twice pegged back by their hosts before withstanding a wave of attacks in the last twelve minutes.

The Bluebirds went close on twelve minutes when Jordan Young was set free and his goalbound effort was tipped on to a post by Louie Moulden.

Chippenham deservedly took the lead on the half hour when Mo Dabre found Joe Hanks who fired home from distance.

Two minutes later Fleet’s Elliott Romain claimed he was pushed over in the box by Kieran Parselle but the referee Mr. Hughes was having none of it.

Romain was again in the thick of the action as from a corner his headed effort and follow-up shot were blocked with the Fleet striker again appealing unsuccessfully for handball in the box.

The Fleet had a third unsuccessful penalty shout when Ben Chapman collided with Will Henry following a one on one.

As the home side went in search of an equalizer Rakish Bingham found Chapman whose shot was blocked whilst at the other end Moulden did well to tip over Hanks’ effort following a good cross from Landon Golding.

The Fleet drew level five minutes after the break when Chris Solly’s corner was headed home by Romain.

The Bluebirds regained the lead on the hour mark when Will Richards headed home from a corner.

On seventy minutes Luke Russe found Hanks and his curling shot crashed against a post.

That signalled a home assault but superb defending kept them at bay whilst substitute Lee Martin’s shot hit a post and the same player was denied by Henry.