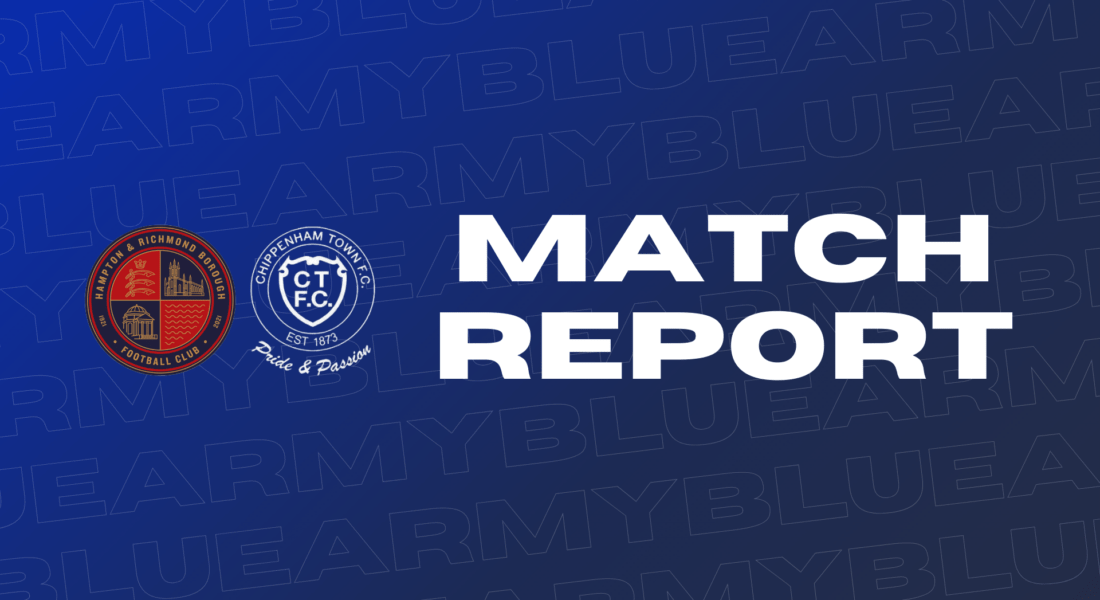 Chippenham came away from the Beveree with a vert credible point after an entertaining goalless draw which could have seen either side secure a win.

Chippenham came away from the Beveree with a vert credible point after an entertaining goalless draw which could have seen either side secure a win.

The Beavers Jorome Slew then saw his shot on the quarter hour draw a good save from Will Henry.

Midway through the half the home side’s Sam Cox’s ball into the area saw Jake Gray head over.

Adam Mann then hit a free kick into the Hampton wall whilst a free kick at the other end saw skipper Charlie Wassmer’s headed effort saved by Henry.

Just after the half hour Jackson found Joe Hanks whose shot was saved by Julien.

The home side then forced two fruitless corners before Ryan Gondoh shot over.

Mann’s shot on the turn was off target whilst Will Richards headed on to Jackson who was through on goal but denied by Ruaridh Donaldson.

Before the break Jackson was fouled on the edge of the area and Ricky Aquiar’s free kick was blocked whilst Jackson’s weaving run ended with him shooting over.

After the break Hampton substitute Kyron Farrell crossed for Cox who shot over whilst Slew was through on goal but was thwarted by Henry.

ust past the hour mark Julien made a good save from Jackson’s shot whilst Farrell’s free kick went over the bar.

Substitute Ross Stearn then played the ball into the area where Mann was narrowly wide.

David Fisher then headed straight at Henry whilst Sam Deadfield’s free kick hit the bar on seventy minutes and a minute later Gondoh’s shot also hit the woodwork with Henry grabbing the rebound.

Donaldson then headed wide whilst a minute from time substitute Kylian Kouassi’s attempt to round Henry brought unsuccessful appeals for a penalty. Jackson’s shot was then deflected behind whilst Gondoh’s effort in stoppage time was just off target.