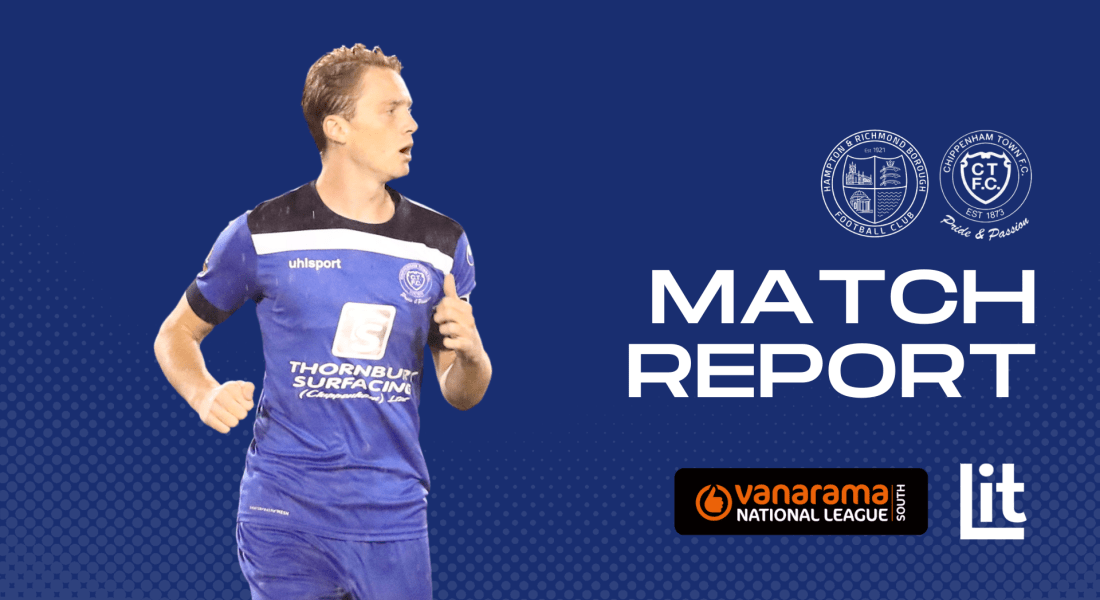 This match saw referee Aaron Farmer take centre stage as he awarded the home side a penalty but turned down two blatant spot kicks for the Bluebirds.

On six minutes Noah Coppin advanced into the penalty area and appeared to be fouled but referee Farmer was not moved.

Three minutes later Will Henry thwarted Tommy Wood in a one on one after he had been set up following good work from Ade Shokunbi and Temi Babalola.

Eddie Jones then blocked an effort at the expense of a fruitless corner.

A free kick then found Will Richards behind the Beevers defence but he spooned his effort wide.

At the other end Babalola failed to hit the target with a headed effort.

On twenty four minutes good work from Wood forced a Hampton corner from which Babolola was pushed in the box resulting in a penalty that Tommy Block converted.

A Hampton breakaway by Jake Gray three minutes before the break saw Henry again come out on top in a one on one with Wood.

In stoppage time the Bluebirds won two corners with the second seeing Will King drive wide.

Three minutes into the second half Young rounded home keeper Mark Smith and was brought down but again referee Farmer was unmoved and Richards was booked for his protests.

On fifty one minutes Richards blocked an effort from Shokunbi.

Tom Mehew then failed with a speculative effort from distance.

On the hour mark Russe’s effort went just over the bar.

Young for the Bluebirds and Wood for the Beevers were then off target with respective efforts.

Four minutes from time a Hampton corner saw the ball scrambled off the line.

A minute from time Grey was off target with an effort.