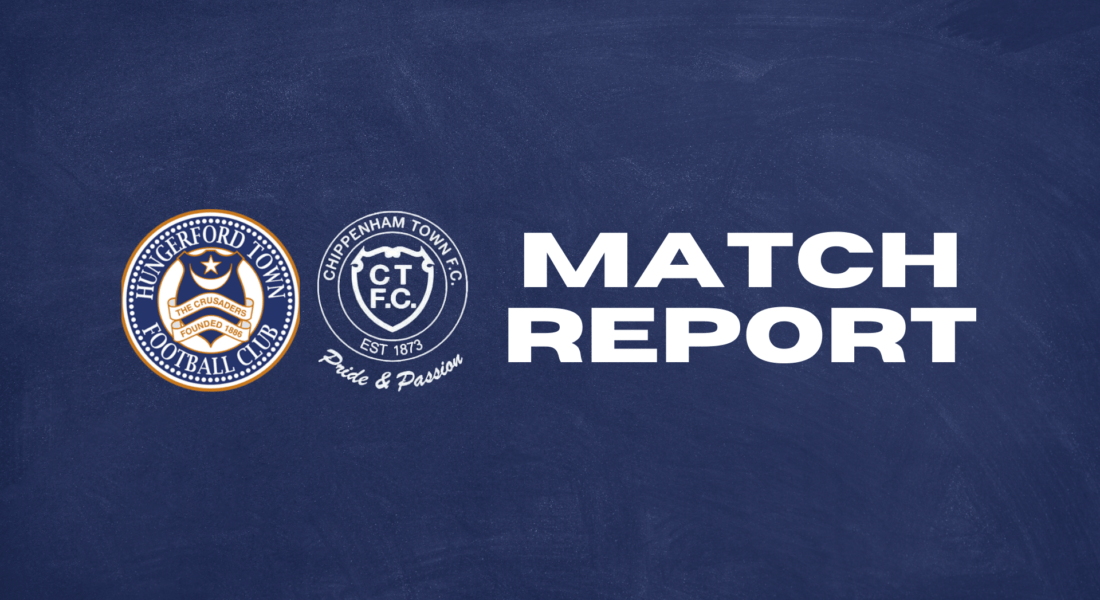 This century has seen Chippenham struggle to beat the Crusaders having only done so once before today’s impressive victory.

The first half saw the Bluebirds create the better chances on a very bobbly surface as Hungerford mainly relied on the long throws of James Rusby to instigate attacks.

The first of these throws coming on three minutes and ending with Keith Emmerson shooting high.

On eleven minutes Ryan Seager’s shot was blocked for a corner whilst Jake Evans was off target with an effort.

On thirteen minutes Will Henry flapped at another Rusby throw which resulted in a corner which was dropped by the Bluebirds custodian and Seager shot over the bar.

Just after midway through the half Callum Gunner found Alfie Santos and his cross to Ricky Agiar saw the on-loan Swindon Town youngster just hit the ball wide.

A further effort from Agiar was spilled by Luke Cairney but grabbed at the second attempt.

Two fruitless long throws from Rusby sandwiched a chance for the Bluebirds as Harry Parsons found Santos who drove into the box but fired over.

Hungerford’s best effort of the half came on forty three minutes when former Chippenham player Matt Jones was just wide with a low shot.

In the second minute of stoppage time Will Richards found Parsons who chested the ball down before shooting just past a post.

Two minutes after the break Seager’s shot bobbled through to Henry whilst four minutes later good work from Santos saw him play in Agiar whose initial shot was blocked by Cairney and Agiar fired the rebound wide.

Chippenham took the lead on fifty five minutes as Agiar and Santos combined for Luke Russe to fire past Cairney.

As the hour mark approached Parsons was pushed to the floor in the area but no penalty was awarded.

On sixty six minutes Jones’s looping shot was pushed over the bar by Henry.

The Bluebirds doubled their lead on seventy four minutes when Agiar forced a mistake in the Hungerford defence which allowed Parsons to pounce and he calmly went on to slot past Cairney.

Ten minutes from time a brilliant piece of play from Santos again set Parsons up and he notched the Bluebirds third.

In the final minute of normal time Seager set up Mbonkwi who from a good position lashed his effort wide.

In the third minute of stoppage time Agiar’s shot was saved by Cairney.