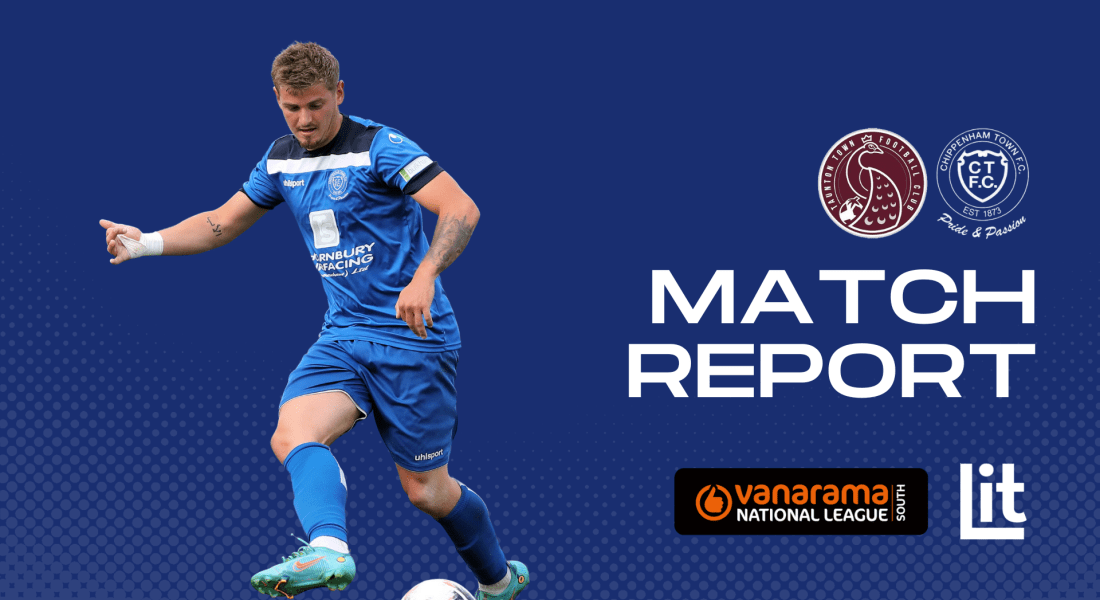 This Bank Holiday fixture saw the first league meeting between these two sides in over twenty years when they were then both in the Western Premier League.

The first chance fell to Taunton on four minutes when Jay Foulston, one of six former Bluebirds in the Peacocks’ squad,  saw his free kick eventually find its way back to him and he fired a shot over the bar.

Just before the quarter-hour mark, Will Richards did well to block Lee Lucas’s effort at the expense of a fruitless corner.

Taunton took the lead in the twenty-fourth minute when Foulston’s cross saw Luke Russe turn the ball into his own net.

A mix-up between Eddie Jones and Will Henry then almost handed the Somerset side a second goal.

Callum Gunner then saw his shot blocked whilst at the other end Sims-Burgess almost got the better of Henry but the Bluebirds keeper recovered to gather the ball.

Before the break Alfie Santos’s effort from range was blocked whilst Nat Jarvis shot high.

On fifty-eight minutes Seb Palmer-Houlden’s shot was deflected behind.

Taunton hit their third on sixty two minutes as Will King appeared to be fouled play continued and Chamberlain fired home an unstoppable shot.

Three minutes later a shot from Young was off target.

A Jordan Young free kick was then held by on loan Southampton keeper Jack Bycroft.