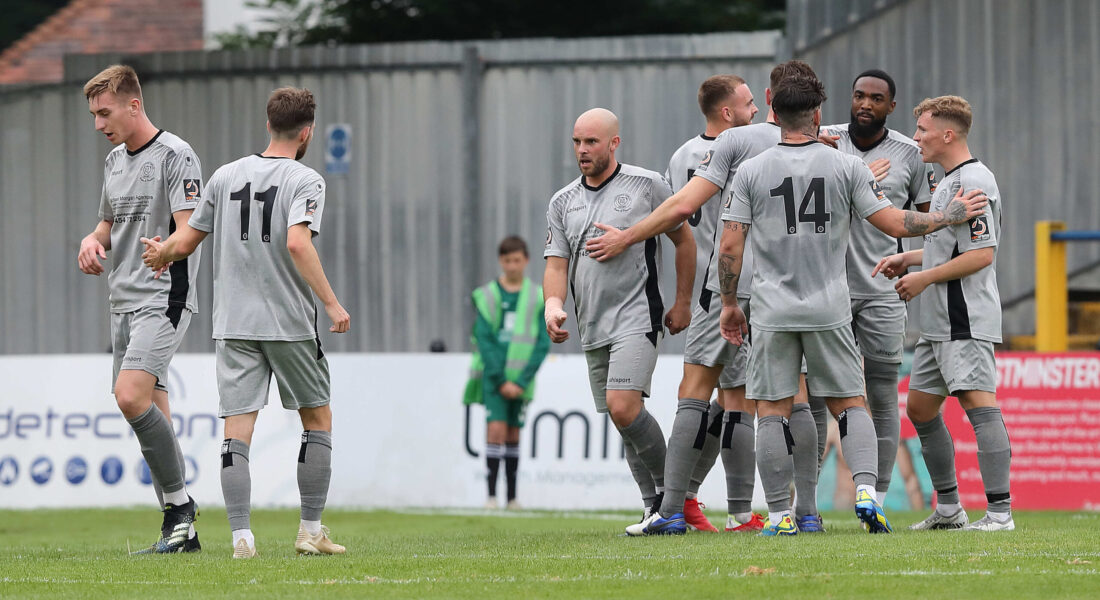 The Bluebirds came away from Hertfordshire with a thoroughly deserved point and they might well have taken all three, although the Saints too had their chances to win the game.

The Bluebirds came away from Hertfordshire with a thoroughly deserved point and they might well have taken all three, although the Saints too had their chances to win the game.

The early exchanges saw fruitless corners for both sides whilst Ross Stearn’s free kick was gathered by Michael Johnson.

On eighteen minutes Shaun Jeffers shot on the turn was held by Will Henry.

Two minutes later Johnson did well to push out a shot from Adam Mann before the Bluebirds took the lead just past the midway point of the half. Vincent Harper’s strong run into the box saw Alkeo Bani foul the visiting defender and Marlon Jackson converted the resultant penalty.

On twenty nine minutes Mitchell Weiss’s shot from a Johnny Goddard cross was blocked and a minute later the same player’s shot was deflected behind after a combination of Bani and Jeffers had created the opening.

The Bluebirds almost conceded when a long clearance by Johnson was met by Henry but his clearance hit Jeffers and the rebound rolled just wide of a post.

Alex Lankshear then did well to deny Stearn a shooting opportunity In stoppage time the Bluebirds had an appeal for a penalty after an alleged foul in the area but it went unanswered.

After the interval the Saints switched to a more attacking formation and the move was to eventually pay off.T

om Bender did well to thwart a Chippenham attack as he broke up a two on one chance, Just before the hour mark Chippenham central defender Will Richards went through one on one but shot wide and was injured in the process.

Midway though the half Henry did well to get down to Romeo Akinola’s free kick.

Twenty minutes from time Jeffers was fouled in the area by Harper and the Saints man got up to convert the ensuing penalty although Henry got a hand to the ball which went in off a post. Substitute Harry Warwick and Harvey Bunker both had late chances for the Bluebirds but the game finished honours even.