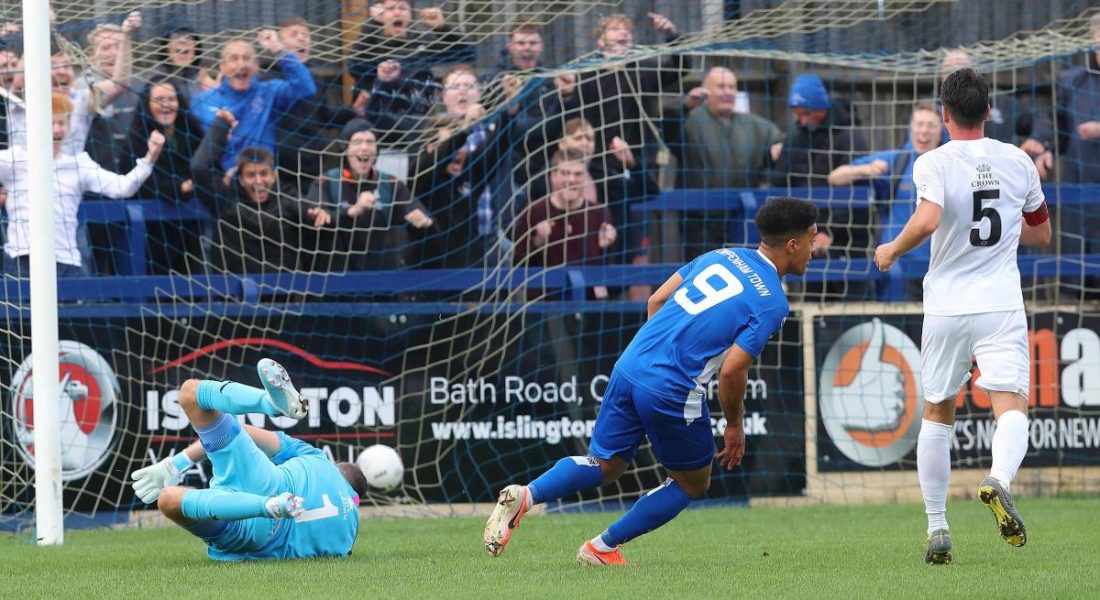 WHERE ARE THEY NOW?: The squad from the 2019/20 league victory against Billericay Town

A peek into the past of the Chippenham Town squad in their match against Billericay Town, three years ago Today!

Three years ago to the day, Chippenham Town faced off in their 2nd home league match of the season, against Billericay Town. Both sides were looking to build for a solid-season. Chippenham had drawn their two opening matches, so a win was a must to start the season well.

Here was the 16-man squad Mark Collier and Gary Horgan chose ahead of the visit of the Essex Side to Hardenhuish Park. As is the nature of the modern game most of the squad have since departed the club, and fans often wonder where are they now. So here is “Where are they Now?”.

Will Puddy: The always dependable shot-stopper was into his 2nd season of his 2nd spell with the bluebirds, and perhaps this season was the one where Puddy stood out as one of the better goalkeepers in the National League South, often times making crucial saves to keep the bluebirds in matches. After leaving Chippenham after the termination of the 2020/21 season, Puddy has since not found another club.

Rhys Tyler: Having scored on his Bluebirds home debut in the week, Tyler lined up for the second time at the Thornbury Surfacing Stadium, having joined from Wealdstone in the summer of 2019. Tyler joined league rivals Hungerford in October 2020, and his been with the crusaders since, most recently scoring in the 90th minute to level the league tie in May.

Jay Foulston: Foulston was given a loan deal to the bluebirds for the duration of the 2019/20 season from his parent club Newport County, and he certainly received a warm welcome from Chippenham fans. His performances were notable in the 2 FA Cup ties against Slough in the FA Cup 3rd qualifying round , as the Bluebirds secured a tie against Whyteleafe in the 4th qualifying round. Foulston has since been picked up permanently by Taunton Town, and he helped the peacocks win the Southern League Premier last year.

Kieran Parselle: Parselle was made club captain ahead of the 2019/20 season, his second season in blue, and he took like a duck to water to the role. He retained the role for the following 2 seasons, and himself was a crucial reason that the Bluebirds were able to challenge for the playoffs in 2022. He scored a crucial goal against Dulwich, and a brilliant defensive display against Dartford to send Chippenham to the semi-finals. Parselle signed for rivals Bath this summer, and has become club captain.

Will Richards: It is safe to say that Will Richards is a modern Chippenham Town legend. Having signed for the club from Redditch in 2016, he slotted into a Chippenham defence and stayed there for 3 years. His prowess came in all forms; with strong defensive performances and he was also known to bag a fair few goals (we all remember that goal against Hitchin). Ultimately his performances were a huge part of the promotion to the National League, and he has been almost ever present in the National League for the Bluebirds. Will departed for Australia towards the back-end of 2019 due to work commitments, but he couldn’t rid the Chippenham bug and re-joined the team ahead of the 2021/22 season.

Callum Gunner: Gunner had just been signed on a permanent basis, having spent the season before on loan at Chippenham, and was making consistent starts under manager Mark Collier. Gunner has been with the club ever since, and he played a big part in Chippenham’s 2021/22 season, before missing the 2nd half of the season with injury. Fortunately Callum is back in full fitness and has started the 2022/23 season well.

Luke Hopper: Hopper was quick off of the mark in this match, quickly winning and then scoring a penalty. This proved to be one of Hopper’s most influential matches. He had just joined Chippenham from Salisbury, and was looking to make an impact to the gaffer as why he should be first choice centre-forward. Sadly, it never really worked out for Hopper, and he departed at the end of the 19/20 season to Hungerford. After a mid-season move to Yate Town, Hopper has know joined former Bluebird George Rigg at Frome Town.

Elias Youssef: Youssef had just joined from Forest Green’s academy, and was making one of his few appearances for the Bluebirds. Youssef was known for his energy and passing ability, but failed to match the expectations of the management. After a move to Melksham, and then a brief spell at Taunton, Elias then moved into Wales with Merthyr ahead of the 2021/22 season.

Karnell Chambers: Chambers was a tricky, pacy winger who had a good eye for goal, and his link up play with Nat Jarvis in the 19/20 season was a joy for fans. Chambers joined the Bluebirds from Gloucester after a successful season, and spent 3 years with Chippenham before being released by the club just before the suspension of the league in 2020.

David Pratt: Pratt had just re-signed for Chippenham for his third spell, after a great year for Wealdstone in the National League South. Pratty was a much loved Striker around the club, known for his lethal eye for goal and hard work-rate. Numerous times throughout the season Pratt rolled back the years and found the net. He initially planned to re-sign for Chippenham for the 2020/21 season, even scoring in a 2-0 pre-season win against Torquay United. However in October 2020 Pratt joined Swindon Supermarine. Just a year later, Pratt left the Marine to join Farnborough, where he helped them achieve promotion to the National League South. Pratt is now without a club.

Luke Haines: Haines was enjoying a loan spell from Swindon Town during the 19/20 season. It was a good season for the midfielder, but his role wasn’t simply that of a midfielder. Haines played in all manner of positions in the early part of 2020, playing in a centre-half, on the wing and centre-forward, ( Haines also found himself donning the goalkeeping gloves once that season). Haines went on to be loaned out to Hereford in the National League North the following season , where he still remains having joined the Bulls on a permanent basis.

AJ George: George was a striker who joined the Bluebirds in February 2019 as another attacking addition. George struggled with injuries and only ever scored one league goal for the side. After a few appearances off of the bench in 2019 he moved to National League South sides Oxford and Slough before the pandemic. Since then he spent last season at Rushden & Diamonds, before moving to Tamworth ahead of this season.

Dean Evans: Dean Evans was into his 3rd season with Chippenham, having made 66 league appearances since 2017. This season proved to be his last however, and he only made 7 appearances before leaving the Bluebirds. Evans has since not found another club.

Nat Jarvis: Nat Jarvis had just come off of the back of his most successful league campaign, having been Chippenham’s top scorer, and was looking to show more of his talent. Jarvis came off of the bench to latch onto a long clearance and slot the ball into the net, to give the Bluebirds a 2-0 win. Jarvis has since gone on to have a couple of Seasons with Barry Town, before returning to the English leagues with Taunton Town this season.

Chris Zebroski: Zebroski had signed for Chippenham just days before this match, from Eastleigh. Zebroski was a good scorer for Chippenham, and popped up with a lot of headed goals. Zebroski played for Chippenham in the curtailed 2020 and 2021 seasons. After the resumption of the football season he joined Malmsbury Victoria, Swindon Supermarine and Wantage Town. This summer the Striker has signed for Wiltshire outfit Melksham, and he would’ve played in the pre-season tie between the two if he wasn’t injured.

Yan Klukowski: Having been born in Chippenham, attended Sheldon School and played a few league games for Chippenham in his youth, it was no surprise that Yan Klukowski would spent a season back at the Bluebirds following his release from Torquay in 2018. Klukowski made few appearances as injury blighted his season. After initially choosing to stay at Chippenham for the 19/20 season, he decided to depart for Hungerford Town for the rest of the season. Klukowski is now a player coach at Hereford, where he has been since the Summer of 2020.

Written on 10th of August 2022- By Jamie Oleszynski