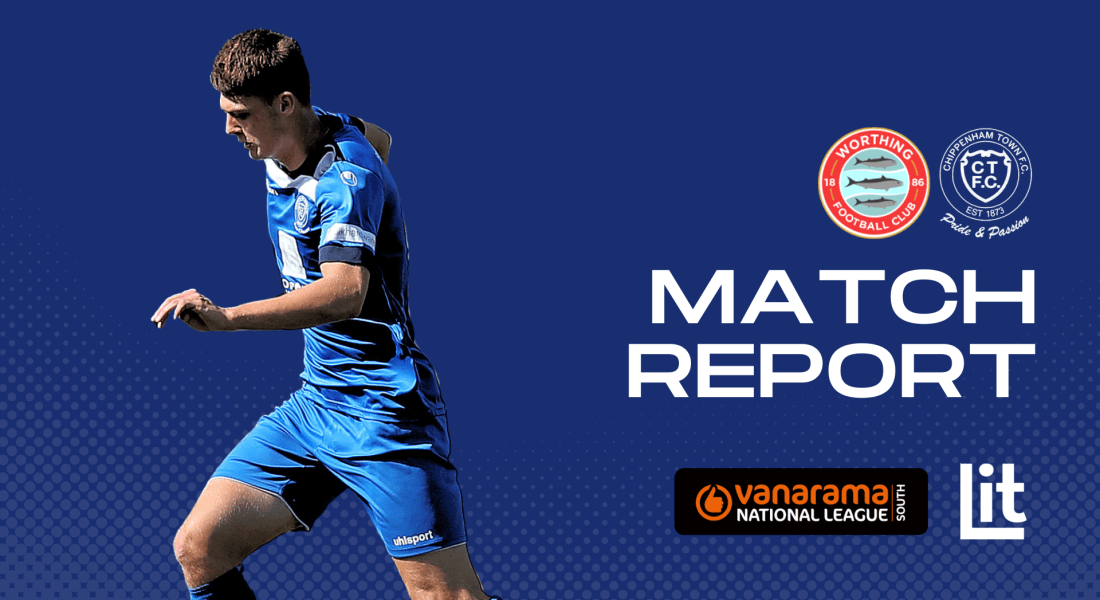 On seventeen minutes Worthing’s Marvin Armstrong’s shot was deflected behind for a corner.

From the flag-kick the Bluebirds broke with Seb Palmer-Holden seeing his effort deflected from a corner.

From the resulting flag-kick Joe Hanks’ drive was superbly turned behind by Harrison Male.

Midway through the half a third Chippenham corner from Alfie Santos saw Spencer Hamilton’s effort saved.

Five minutes before the break Armstrong’s cross found Ollie Pearce whose effort was tipped onto the bar and behind by Will Henry.

On sixty four minutes Armstrong saw his effort ruled out for off-side.

On sixty eight minutes a combination of substitute Jordan Young and Santos ended with substitute Joe Parker’s shot being saved by Male.

On eighty four minutes Young’s shot was deflected behind for a corner which led to a second fruitless corner.

In the ninetieth minute Henry came to the Bluebirds rescue with a good save from Joel Colbran.

In stoppage time Henry again made a superb save from Kealy.